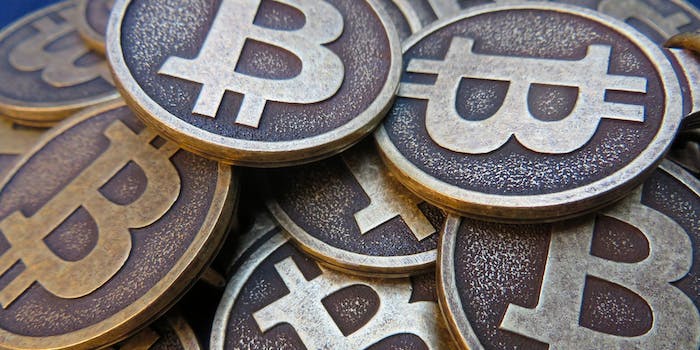 It’s still too hard to get your first Bitcoin

If bitcoins are digital property, then they should be as easy to obtain as shopping reward points.

“I want to try out Bitcoin,” several friends and family members have said to me. “How do I get some?”

I explain to them they’ll need to sign up with an exchange, probably provide a few pieces of ID to get verified, and fund the new account with a wire transfer or credit card.

At that point, the sound of draining enthusiasm is almost audible. These people just wanted to casually test out a cool new technology, but the effort and commitment demanded was way beyond what they were willing to give it.

As an experienced Bitcoin user, I can trade or give some to friends who want to try small amounts. But that doesn’t help the vast majority out there who are bit-curious but don’t know anyone they can ask.

Even in countries where Bitcoin exchanges are legal and compliant, there’s still a risk your regular bank may disapprove and interfere with your access to “real” money. (In doing so, they prove exactly why people should be looking for alternatives, but that’s another story.)

In the face of all this, too many potential Bitcoin adopters are simply getting turned off. Bitcoin is still more of a curiosity than a necessity, after all.

More hurdles than you expected

What would Facebook’s adoption rate have been like, if you had to fork over money and two forms of ID just to try it out? Probably glacial—about the same as Bitcoin’s is now.

I remember being surprised myself in early 2013 when, after researching the background and history of Bitcoin, I decided to try it out for real.

Credit card in hand, I went to the major Bitcoin exchanges (at the time) to buy my first $50 worth, only to come away disappointed. It just wasn’t possible to do.

I searched around their sites for ages, thinking I must have missed something.

I honestly wasn’t expecting the process to be so complicated and multi-step. It was my first encounter with the murky world of Bitcoin regulation.

Eventually, I found a Bitcoin Meetup group in my area and made my first trades face-to-face with other members.

But I was someone who was determined to get involved. A casually interested member of the public is unlikely to make that effort just to try out Bitcoin.

Trying to make it easier

Bitcoin startups are trying to solve the onboarding problem, or at least make it less painful.

There are a few scattered examples in Asia of prepaid Bitcoin cards and convenience store kiosks. But they’re still relatively obscure.

Bitcoin ATMs and vending machines exist—but many of them will demand government-issued identification, too. They’re also not particularly user-friendly for beginners, and you still have to travel to a physical and public location to use them.

In the U.S. these days, you can actually buy Bitcoins with a credit card. But you’ll still have to endure a signup and ID verification process first.

It’s too difficult for an individual, acting alone, to try out bitcoin for the first time in the privacy of their home. Yet that’s where it needs to happen most.

There are no technological reasons for these entry barriers to exist. They’re put there deliberately by people and organizations who misunderstand Bitcoin, or fear its disruptive potential.

If Bitcoins are digital property, as tax departments like to define it, then they should be as easy to obtain as shopping reward points or online gaming credits.

But at this point, that’s not the way it is. Those pushing for Bitcoin adoption will unfortunately have to be more patient as it slowly enters the mainstream consciousness.