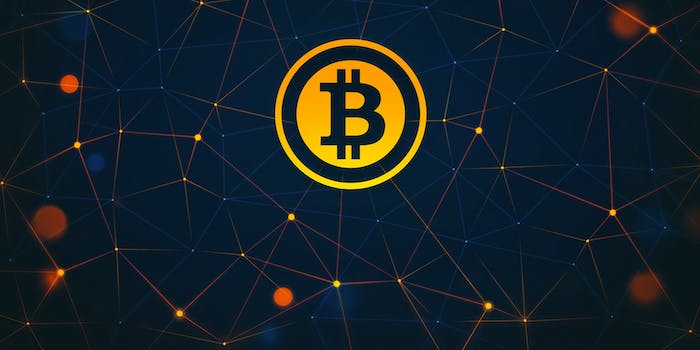 Rep. Stockman to introduce first U.S. Bitcoin bill in May

On Tuesday, Congressman Steve Stockman (R-TX) announced his plan to submit a bill officially declaring Bitcoin a currency. If introduced, this legislation will mark the first time that federal lawmakers in the United States will grapple directly with the concept of virtual currencies.

Stockman’s announcement came during his address at the Inside Bitcoins conference in New York City.

The goal of the legislation is to change the tax status of virtual currencies from property to currency. Forbes reports that Stockman said his goal with the bill is “to build awareness and create a consensus in the Bitcoin community around government regulation of virtual currencies.”

“I don’t think anyone really has a flavor of what they want, and I want to start the Bitcoin conversations,” Stockman added.

Stockman’s bill announcement comes weeks after the Internal Revenue Service issued new guidelines declaring that virtual currencies fall under the classification of property, rather than currency, when it comes to taxation.

The Wall Street Journal breaks down the ruling’s tax implications:

Bitcoin and other virtual currencies are treated as property, not as a currency. Therefore, an investor who buys bitcoin would typically have a capital gain or loss when it’s sold but wouldn’t have foreign-currency gains and losses.

If Bitcoin had been ruled a currency, it would have been subject to a complex tax regime in which 60 percent of profits are considered capital gains and 40 percent are considered ordinary gains for most taxpayers, according to Jonathan Horn, a certified public accountant practicing in New York.

Many Bitcoin boosters have worried that the IRS’s guidelines could have serious negative repercussions for small businesses and individual cryptocurrency users, who may now face reams of additional paperwork just to determine their tax burden. The issue is that a Bitcoin user would have to note the price of his or her currency both at the time it was purchased or earned and then again at the time it was sold or used to pay for goods or services.

In a blog entry posted shortly after the guidelines were issues, Mario Santori, chairman of the nonprofit Bitcoin Foundation’s Regulatory Affairs Committee, slammed the classification as counterproductive:

This is an unwelcome result for most Bitcoin users, but is particularly detrimental to those that Bitcoin can help the most: small business and underbanked individuals. When it is used as a currency, Bitcoin should be a frictionless means of paying for goods and services. The tax laws currently permit individuals to ignore small gains and losses in foreign currencies. Similar treatment for digital currencies would harmonize the law with the way most people actually use digital currencies. Artificially characterizing this use case as a transaction in property would make one of the most innovative features of this technology hard to use for those who wish to be compliant.

Stockman’s forthcoming legislation won’t be the first time the congressman has publicly embraced Bitcoin. During his ultimately unsuccessful effort to mount a primary challenge to Sen. John Cornyn (R-TX), Stockman announced he would solicit donations in Bitcoin—making him the most high-profile elected official in the U.S. to ever do so.

?I really think digital currency is all about freedom because all the time people are trying to get into your pocket and do different things to control you,” Stockman said in a video posted to YouTube detailing his support for Bitcoin. ?And if you have your own wealth and control your own wealth, it’s about freedom. It’s not about anything other than that, really: The freedom to choose what to do with your money and the freedom to keep your money.”

A free market libertarian who has long taken a hawkish stance on inflation issues, Stockman argued in the video that Bitcoin—which isn’t issued by a central authority that’s able to print money at will, as a means of economic stimulus—is an attractive and comparatively safer alternative to currencies issued by government-affiliated central banks.

Last year, the Federal Election Commission looked into allowing Bitcoin donations to political campaigns. However, the six-member panel tasked with the decision deadlocked and has since declined to revisits the question—leaving the issue in a grey area of elections law.

This ambiguity didn’t seem to bother Stockman, who is no stranger to questions about campaign finance. An investigation by the Houston Chronicle amid Stockman’s failed bid to unseat Cornyn revealed that the congressman’s campaign filings failed to paint an adequate picture of his personal income. His subsequent behavior during that campaign led many to question his motives for running in the first place.

Other countries have split on their classifications of Bitcoin. Last August, Germany made history as the first nation to officially recognize virtual currencies as a form of money. Finland, on the other hand, has taken a similar position as the U.S. and decided to regulate Bitcoin as a commodity rather than a currency.

Stockman said he plans to officially introduce the bill later this month.

Photo by Jason Benjamin/Flickr (CC BY 2.0)