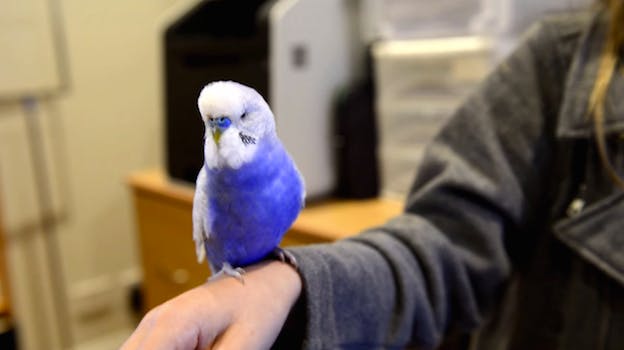 There are worse sounds he could chirp.

And here C-3PO thought getting R2-D2 to stop jabbering was difficult.

Evidently trying to make herself feel more like Luke Skywalker, one bird owner taught her budgie, aptly named Bluey, how to chirp just like the loveable astromech droid from the Star Wars films. Unfortunately, once Bluey gets going, it’s hard to stop him—to the apparent annoyance of the other budgies who share a cage with him.

The video of the talkative bird is making the rounds again on Reddit after it was originally posted in 2013. Now that we know a little bit more about The Force Awakens, we might need to reexamine the video. What secrets could Bluey be divulging?

It could be worse. Bluey could have learned how to chirp the theme from “Too Many Cooks” instead.