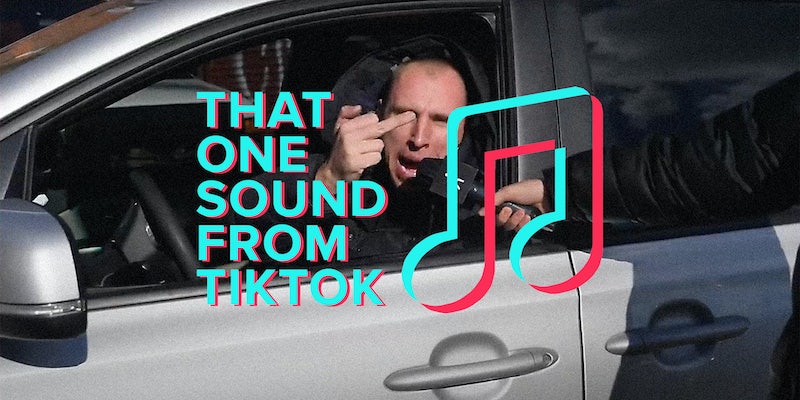 The origins of ‘Bing bong’ TikTok

Lil Nas X blew the sound up. But what about the people who helped make it?

Are you on “Bing bong” TikTok?

This week’s sound is relatively new. But once you hear it, it rattles around, joining all the other sounds TikTok loads into your brain.

The sound is actually a collection of audio clips, at least on TikTok: It starts with someone yelling “Fuck ya life!” That’s followed by “Bing bong!” and an assortment of other short audio clips.

Lil Nas X posted a TikTok on Dec. 4 that included Olivia Rodrigo, Avril Lavigne, and others mimicking the lines. It has more than 53 million views.

The most popular audio on TikTok has been used in more than 88,000 videos, and the original was posted by TikToker yvngwxrld on Nov. 19.

Last week, the cast of Jersey Shore and the Duolingo owl both used the audio.

And yes, there is an EDM “Bing bong” remix.

The audio is from Sidetalk, “New York’s one-minute street show,” according to its Instagram. Sidetalk was created by NYU students Trent Simonian and Jack Byrne, and it’s hosted by Coney Island rapper Nems, who interviews an array of local characters. There are longer clips on TikTok, but the original is from September.

The show’s recurring phrase—Nems’ ”Bing bong!”—has spread to the Knicks fan community and Walmart’s Twitter. Another part of the clip was used by the official Microsoft Windows TikTok account.

Embedded’s Kate Lindsay recently wrote about the audio, and the fact that TJ, one of the men featured heavily in the original clip, was unhoused. (He responds to a question about what he wants to tell “Joe Byron” with: “Sup, baby. Take me out to dinner.”) TikToker blank_idk1 posted a stitch with the viral Lil Nas X video, joking that all the celebs in the TikTok now have to pay TJ $200. This idea wound up in the comment section—some people got defensive. Others tagged Lil Nas X and asked him to help, or claimed Sidetalk should be compensating TJ. (We reached out to Sidetalk for comment.)

A GoFundMe was set up for TJ, with a goal of $5,000 to help him “get inside and [sic] warm place to sleep at night and food to eat. He is sober he just needs a little push.” More than $36,000 has been donated so far. TikToker Zoë McCreary, who organized the GoFundMe, has been posting updates on TJ. He reportedly found a place to stay, and has been getting some new clothes. (We reached out to McCreary for comment.)

In another TikTok from the weekend, TJ confirms he’s “not on the street anymore,” and thanks fans for support: “God bless your heart.”

Lindsay’s piece posed an interesting question: Should there be a way to compensate people for sounds that go viral? She points out that so many people request “Make this a sound” on specific audio that has potential: “What if they could throw a couple of dollars their way to say thanks?”

That comes with a lot of technical and proprietary questions. But you also have to account for the hyper-speed at which audio goes viral on TikTok. People are already experiencing “Bing bong” fatigue.