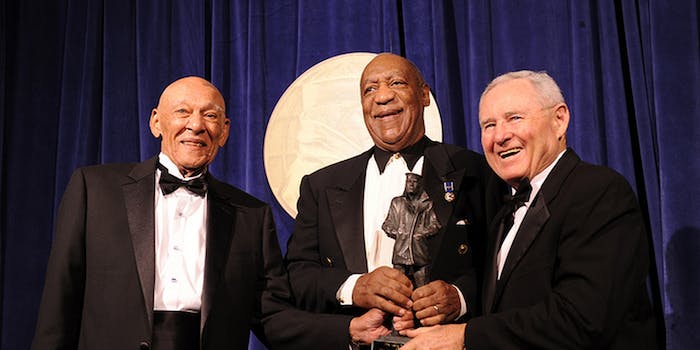 Giovanni was about to read a poem when she launched into this powerful speech.

Yesterday, a 2007 video of poet Nikki Giovanni slamming Bill Cosby resurfaced. While she mentions nothing about the rape allegations against him, she does call him out for his opinions about black culture.

Giovanni was performing at the Miami Book Fair International, and was about to read a poem when she offered an aside: “Speaking of crazy negroes, would somebody please hospitalize Bill Cosby?” She goes on to criticize Cosby for calling out black youth for their sagging pants, and for being “materialistic.”

“They are doing the best they can do, because they are us,” she says.

The Atlantic’s Ta-Nehisi Coates wrote about following Cosby around in 2006 and 2007, when he was holding lectures, or “call-outs,” on black culture, youth, and crime. Many black people saw this as Cosby turning his back on those who supported him and, as Giovanni stated, those who “ate the Jell-O and the mighty fine pudding.”

The video is resurfacing during a week that included Cosby’s controversial interview with the AP, Netflix pulling its Cosby special, a Letterman cancellation, and his new NBC show being canceled.