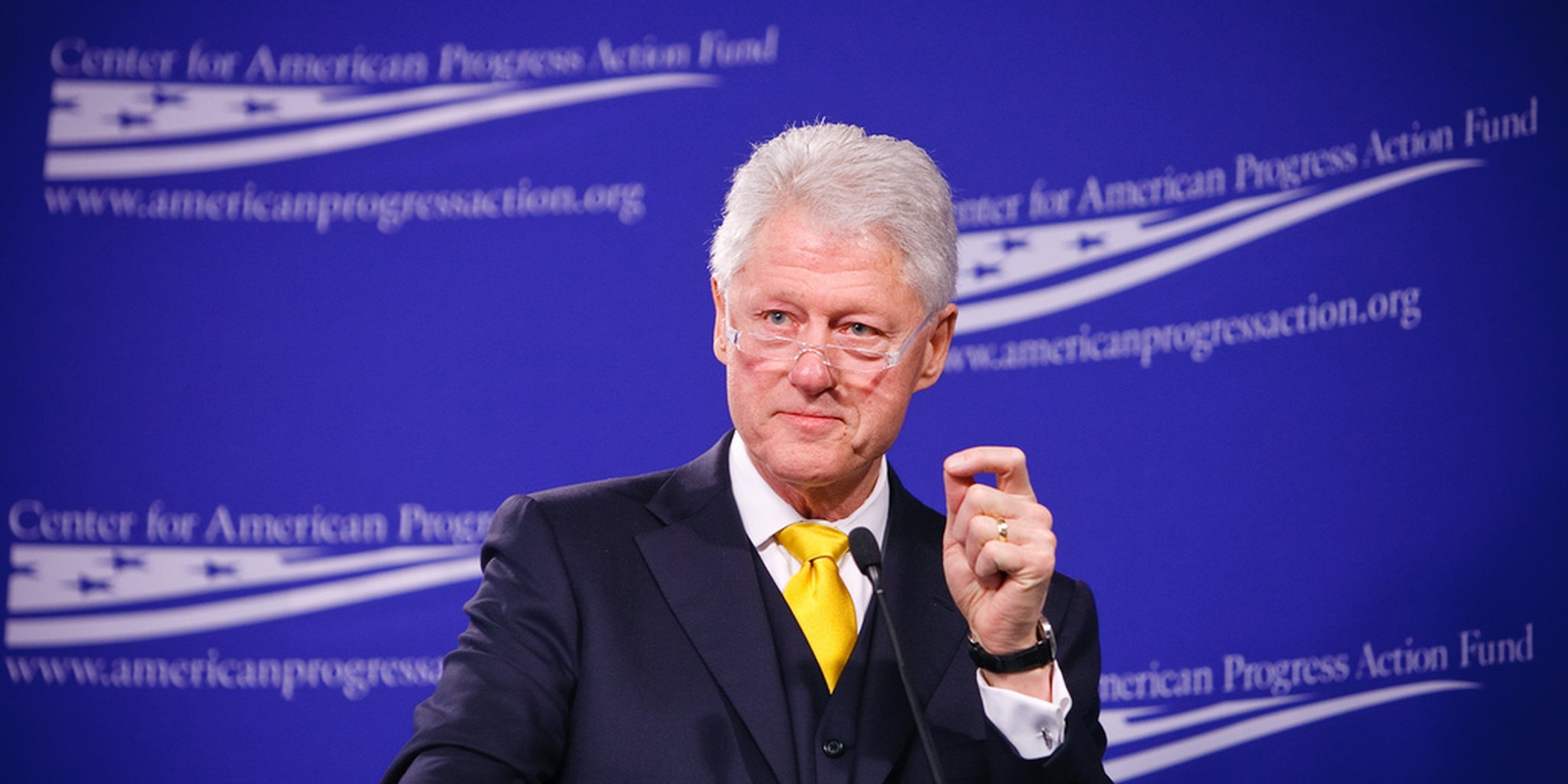 Where’s the justice for the women who have accused Bill Clinton of sexual assault?

Cosby isn't the only Bill whose allegations we should be talking about.

What if America’s first female president were married to a sex offender?

This is not a hypothetical question. A multitude of allegations against former President Bill Clinton have appeared over the years. Among the most prominent:

This is just a short list. A longer one can be found here.

Just to be clear: It is not a proven fact that Bill Clinton is guilty of rape. What is incontrovertible is that, statistically speaking, the odds that he raped or sexually violated at least some of these women is uncomfortably high. It’s the first half of the Bill Cosby lesson: The more allegations that exist, the more likely that at least some of them are accurate.

The second half of the Bill Cosby lesson is particularly important here: As evidenced by how the best-selling biography of Bill Cosby is being pulled from shelves because its author refused to mention the sexual assault allegations, people who decline to investigate these kinds of stories tend to pay a price for turning a blind eye.

In terms of Hillary Clinton’s presidential campaign, this matters for two crucial reasons:

This is true for every president—indeed, for every politician—but it is particularly applicable when the mere fact of a particular candidate’s election would constitute a major historic event in its own right.

With only two exceptions, every American president has been a white Protestant male. Consequently, any president who doesn’t fall within that specific demographic is automatically destined to be viewed as a symbol for the out-group that he or she helped bring into the halls of power. Even if one disagrees with the policies pursued by John F. Kennedy and Barack Obama, neither openly undercut the significance of their election by being married to individuals who actively perpetrated suffering against the religious and racial groups they represented.

If Bill Clinton were guilty, he would, thus, diminish the triumph of Hillary Clinton’s election, simply because of the gender progress her victory would indicate. Clinton’s election would be a win for women—but it would be one with extremely troubling implications.

2) It would validate rape culture

Although Americans have made strides in holding rapists accountable for their actions, sexual assault victims are still disproportionately likely to not report what happened to them, often because they suspect their stories won’t be believed or will be dismissed as inconsequential.

If America is willing to elevate a suspected rapist to the position of presidential spouse—the spouse, no less, of America’s first female president—it will send the clear message that multiple rape allegations is not an automatic disqualifier for the White House. If we want to truly eradicate rape culture, it is imperative that we establish this line as one that can never, ever be crossed.

Fortunately, there is a simple three-step process for getting to the bottom of this ugly matter:

It’s as simple as that. When comedian Hannibal Buress made Bill Cosby’s sexual assault history part of the public conversation again, increasing numbers of victims came forward, eventually culminating in the release of information strongly pointing toward Cosby’s guilt. It shined a light also on the system that enabled Cosby and continued to give him a platform for abuse.

Whether or not he is or isn’t guilty, then we need to ask these questions before Hillary Clinton has a chance to sew up a nomination that seems to be hers for the taking. It’s time to hold Bill accountable before we give him a platform that could—if the allegations proved true—do even further damage. If Clinton is innocent, the investigation will help provide necessary closure on these cases, and if he’s guilty, it helps reduce further harm. Either way, justice will be served.

There isn’t much time left. If we don’t do this now, it may be too late to do it at all.