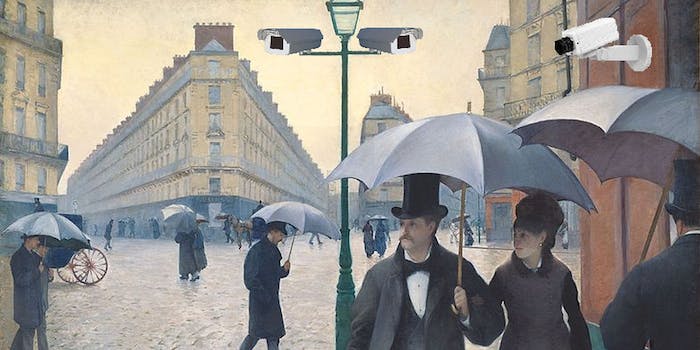 Facebook will only become Big Brother if you let it

The time has come to make a statement.

Without the loss of privacy, there’s no such thing as a digital life.

By agreeing to cultivate identities in cyberspace, we have all forsaken anonymity. The only way to avoid this would be to stay offline altogether—and even that won’t stop other people from spreading your name throughout the annals of the Internet.

Understanding this phenomenon, the world of big tech has been urging the United States government to protect the information of its citizens. In an article for Politico, Katy Bachman mentions that, in the wake of the Edward Snowden leaks, companies such as Google, Facebook, and Yahoo are pushing “for stronger NSA reforms and more transparency around government surveillance orders.” Bachman writes, “All three recently launched a public effort to increase encryption to protect user emails from government snooping.”

The irony here is that these companies are among the most well-known for collecting user information themselves—and what’s more, none of them show real signs of trying to change. Most of this data is used to gain advertising revenue, which of course is how these companies make the majority of their profit. Bachman notes that “Google relies on advertising for 91 percent of its revenue, Facebook for 88.7 percent, Yahoo for 78.9 percent, Twitter for 89.4 percent, AOL for 69.6 percent and LinkedIn reports 80 percent of its revenue comes from ads.”

The time has come to make a statement. If we want to protect ourselves online, we have to hold big tech just as accountable for their practices as we would the government.

Saying you stand in solidarity with the American people is nice but monitoring your own policies is better. Google has gone out of its way to let the American people know they believe in their right to privacy, declaring support for the USA Freedom Act, which aimed to reduce government surveillance (a severely watered down version passed) back in February, while also calling for an update to the Electronic Communications Privacy Act.

And then there’s the recent E.U. decision, forcing Google to comply with takedown notices. This would certainly seem like an important step towards prompting Google to back up their pro-privacy rhetoric. That said, it’s also not the first time Google has found itself on the opposite side of the European Union. Back in January, a French court fined the company 150,000 euros over worries regarding their privacy policy updates.

The issue is that 150,000 euros is barely anything to a company like Google, and Google is constantly in the process of updating their privacy settings. To assume that a minor fine once in awhile is going to make them any more transparent about their policies is folly.

And for Google’s part, it’s all well and good to talk the talk, but it is an entirely different thing to actually walk the walk. It’s easy for Google to support certain pieces of legislation and create campaigns like their “Good to Know” initiative from 2012, which was focused on privacy concerns.

But is it really possible for Google, a tech giant, to become transparent through a campaign that was largely launched in print? And let’s not forget that the reason the campaign came about in the first place was because Google played with user information in order to create the now abandoned Google Buzz. In the larger scheme of things, Google is still devoting little effort to transparency.

When it comes to privacy, Facebook is probably even more notorious than Google is. They, too, have tried hard to improve their reputation as of late, giving themselves a privacy makeover as recently as last month. The most significant alteration they made was to change the default setting for new users from “public” to “friends only.” And for existing users, Zuckerberg and co. introduced a little blue dinosaur to help people navigate the modifications.

But while little blue dinosaurs are a cute idea, Facebook shows no signs of making significant changes to their current model of utilizing user data either. As a TIME article from earlier this year points out, not only has Facebook been raided in the past by the government to collect user information, they continue to keep your data forever, track your movements, use facial recognition software on your pictures, and make your profile easily searchable to anyone with an Internet connection.

They may not be “Big Brother” just yet, but aside from (maybe) our own government, there isn’t a single other organization that knows as much about us.

Another company Bachman calls out is Yahoo. Yahoo may not have the power of Google or Facebook, but that doesn’t mean they haven’t been just as hypocritical when it comes to their policies. Although Yahoo’s spokespeople asstert that the “privacy of our users is and will continue to be a top priority for us,” this statement comes on the heels of eliminating the “Do Not Track” option from the company’s settings, in order to create a more “personalized experience.”

“Personalized” appears to be a new buzzword at Yahoo. The same Yahoo spokesman quoted above also said, “We fundamentally believe that the best Web is a personalized one. We work hard to provide our users with a highly personalized experience, and keep people connected to what matters most to them, across devices and around the world.”

There are plenty of other companies out there too whose data policies are extremely problematic. Whether it’s tracking your cookies, looking at your cloud data, or just using bad barcodes, the risks surrounding online privacy go on and on. NPR did a story several weeks ago on developing technology that would even be able to scan brainwaves for information, although for now we’re probably safe from having our minds read.

The good news is that there are companies out there who are legitimately fighting for users’ online privacy rights. In an article published on the  Steffan Heuer and Pernelle Tranberg highlights the work of Kidmemo, LEGO, BlueKai, Deutsche Telekom, and Channel 4 to maintain transparency. These companies still use people’s data, but they do it in a way that gives people a say in how that data is being used. The result puts control back in the hands of the user.

As citizens of this country, we have the right to protest when the government interferes with our privacy. But as citizens of the Internet, how do we protest companies that we interact with on a daily basis? The answer is that there is no difference. In either case, we have to demand to be heard. The idea of “power to the people” should be just as much about power over capitalist enterprises as it is about power over government. And when we decide to live part of our lives online, that means we have be extra careful not to let that power slip away.