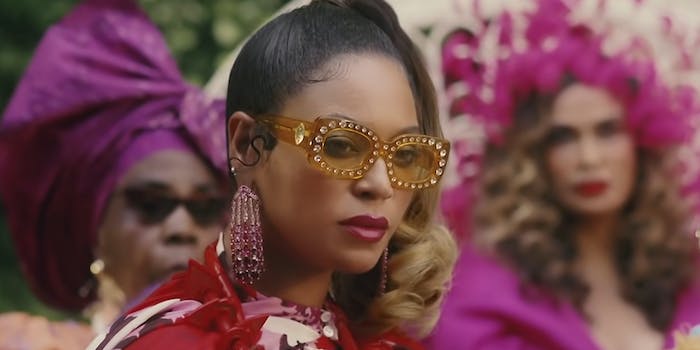 The word is used as an insult against people with cerebral palsy.

Beyoncé’s newest album, Renaissance, has been the talk of the internet since its release on Friday, but one of her songs will soon be updated to remove an ableist slur.

The song in question is “Heated,” the 11th track on the album co-written by several collaborators including Beyoncé and Drake. In the song’s outro, which had already gotten some attention because Beyoncé shouted out her late Uncle Johnny (to whom Renaissance is dedicated), advocates are now bringing attention to Beyoncé using the word “spaz” twice in the song, which is considered to be an ableist slur for people with cerebral palsy.

“Spazzin’ on that ass, spaz on that ass / Fan me quick, girl, I need my glass,” she sings.

Over the weekend, disability advocates called out the use of the word and pushed for Beyoncé to remove it. Hannah Diviney, who later wrote an op-ed for The Guardian, expressed disappointment that an artist used the word again so soon after similar concerns were raised about Lizzo using the same word in a lyric.

In June, Lizzo replaced the word in “Grrrls” with a different lyric, and in a statement in which she acknowledged that “derogatory language” can cause harm even when it’s used unintentionally, noted that “This is the result of me listening and taking action.”

On Monday, a representative for Beyoncé confirmed that the lyric would be changed.

“The word, not used intentionally in a harmful way, will be replaced,” the representative said in a statement provided to Insider.

While advocates applauded the effort, others highlighted that the word has a completely different context in African American Vernacular English (AAVE).

The original version of the song is still on streaming platforms for now.