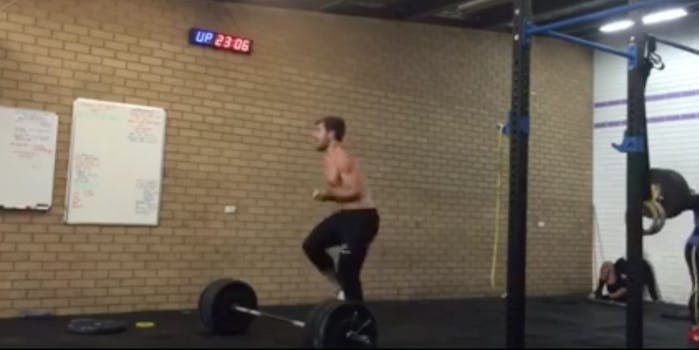 Weightlifter dancing to Beyoncé is here to make your day

All you single ladies will love this.

Sometimes you just gotta mix up your work. In fact, that’s the whole idea behind CrossFit—vary your workout to maximize your results.

It’s a concept Kahn Porter has taken to heart, as evidenced by his sweet dance moves in this video:

According to his website, Porter is a professional CrossFit athlete, and he has been ranked as high as first in the sport in Australia and New Zealand. He also enjoys reading, surfing, and going to the movies alone. It’s a fair guess, though, that after this video, he could get plenty of single ladies—and men, for that matter—to join him.