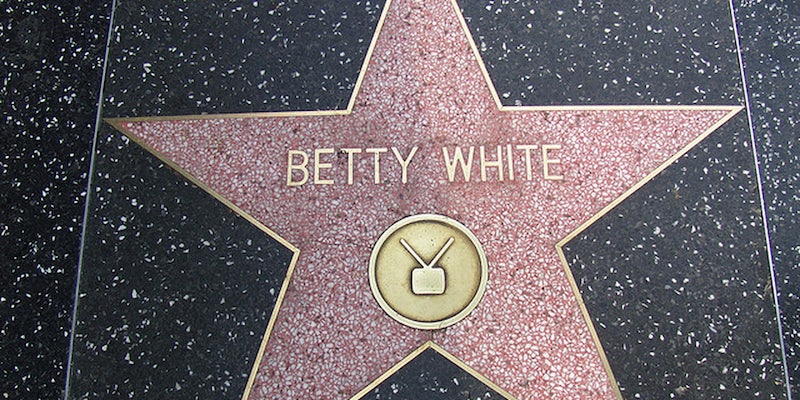 If you have a tattoo of Betty White's face on your body, you, sadly, are not original.

A quick message to all those people in this country who have tattoos of Betty White‘s face on their bodies: You, apparently, are not original.

That’s what we learned Thursday on Jimmy Kimmel Live when the show’s host introduced the Hollywood legend to nine (yes, nine!) people who have her face inked permanently on their person. Take a look at her reaction. 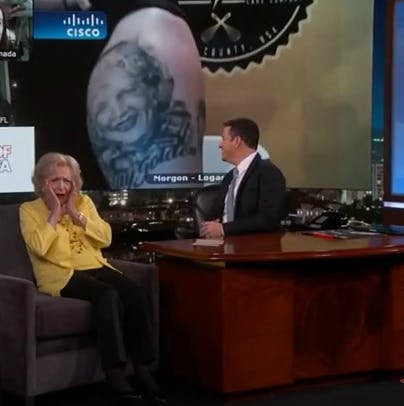 And the full video of White looking at the nine tattoos.

It’s telling that it appears as if all of the fans chose to commemorate White when she was in the Golden Girls phase of her career. Just to be slightly more original, I probably would have gone with 1950s Betty White, where she looked something like this.

But here’s why H. Alan Scott, the second and final guest to talk to White who also hosts a Golden Girls podcast called Out on the Lanai, got his tattoo.

But apparently, Scott’s idea has been hijacked by others.

Regardless, the tattoos were a fantastic tribute to the 93-year-old, even if White looks slightly taken aback and confused about why anybody would make such a decision. As she said on the show, “It makes me feel wonderful … and so glad that I’m not them.”