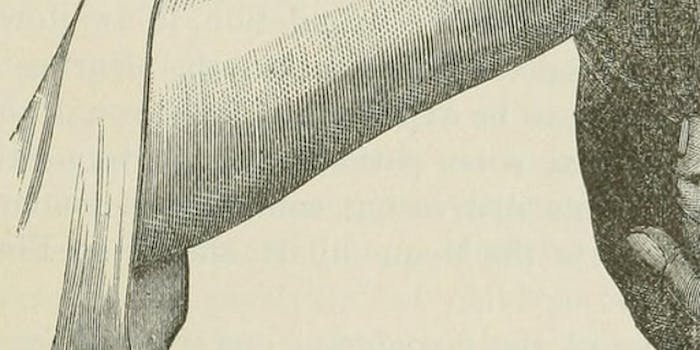 Here's how to fight a disease once a viral fundraising effort ends.

The ice bucket challenge has pretty much peaked at this point, and all the appropriate criticisms levied upon it: we’re wasting fresh water while people around the globe die of thirst, reinforcing celebrity-worship culture, and failing to truly educate anyone about the fatal scourge of ALS.

As the memory of this (admittedly moneymaking) social media fad quickly fades, it’s worth thinking about the ways in which we can continue to make amyotrophic lateral sclerosis, or Lou Gherig’s Disease, a topic of national discussion—the sort that doesn’t oversimplify the problem.

The central problem of the ice bucket challenge is that it offers a cutesy, hashtaggable gloss on a horrible affliction of the central nervous system—most who joined the fundraising frenzy were unaware that the concept went national thanks to a man rendered mute by ALS. We ought to foreground these experiences if we want people to understand exactly what we’re up against.

2) Step up and actually donate

While many who have participated in the ice bucket challenge have also given money to ALS research, the stunt theoretically comes in lieu of cash. Why not skip a step and just cut a check, then explain to your Facebook friends why the cause is so important to you? I promise it’ll make a much bigger impact than retweeting a video of Chris Pratt in a wet T-shirt ever could.

Beyond financing attempts to find a cure, we need to make sure that those in political power feel pressured to do their part. To that end, consider educating yourself on key votes and legislation so that you can write informed letters to your representatives in congress. It’s one thing to influence a friend one cubicle over, quite another to make your voice heard on Capitol Hill.

The ice bucket challenge has brought in some $12 million relatively quickly, but that’s a one-time windfall. The Walk to Defeat ALS, while perhaps not as splashy a project, has pulled in nearly $200 million since the year 2000, and it’s not beholden to the viral fame cycle. Even better, you can start a walk in your own city—new ones spring up all the time, spreading inspiration further.

Again, there’s only so much money you can throw at ALS; it’s also essential to staff the organizations that exist to combat the illness on every level. There are plenty of administrative and event-based needs, as well as opportunities to provide caregiver support. And if ALS is part of your life—not just your online persona—you’re bound to become a real voice for change.