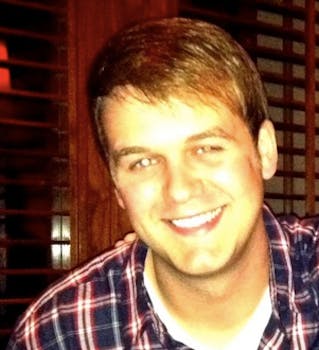 The strange disappearance of Best Roomy Ever

Craigslist's most creative seller and couch surfer appears to have suddenly signed off from his various social networks.

Update: We’ve heard from Wade. He wrote this to editor Owen Thomas: “Hey Owen – Everything is good. I’m just looking for a job. Marketing 101 – Disappear and people will question it, sometimes publicly. What could be better for a job search than to draw attention to the fact that I still don’t have a job. Thanks for the story! Hope all is well my friend.”

The Best Roomy Ever has a presence that can’t be ignored. His profane, over-the-top roommate-seeking Craigslist ad has kept him in the public eye since last summer.

And today, the Daily Dot realized that his absence was just as noticeable.

Seemingly overnight Best Roomy, aka Wade Cothran, has deleted his personal email, his website, and his Facebook page. Cothran’s twitter account, @BestRoomyEver, is still around as of publication, but he hasn’t tweeted since Boxing Day.

However, Cothran’s rise to Internet fame has been punctuated by setbacks. While fans admired the Best Roomy Ever’s bravery and bro-like persona, his chutzpah ended up costing him a new job opportunity as well as his current job.

“I totally understand why I was fired,” Cothran told the Daily Dot at the time. “My post was vulgar and could make them look bad.”

Things weren’t looking all that bright for Cothran this fall. As reported by the Daily Dot, the Best Roomy Ever was still unemployed and homeless. However, he seemed to be taking it well—tweeting and blogging lively stories about the many roommates he was crashing with, selling a couch on Craigslist in record time, and hinting at a movie deal.

Perhaps Cothran is trying to shed the Best Roomy Ever persona? While his blog and Facebook page are gone, his personal Facebook page remains.

His latest tweet, on December 26, was this: “@VITROagency I just sent you guys the most kick-ass resume ever. Hire me, and I’ll bring cupcakes to work, like, at least twice a week.”

Maybe our favorite laid-back bro is prepared to do anything to get this new job—even grow up.