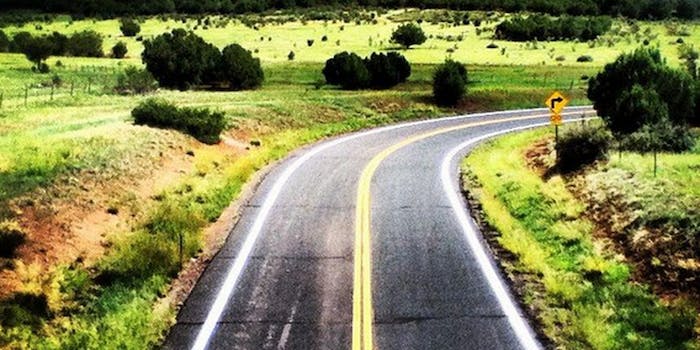 The best photos from hobo Nick Kleckner’s journey across America

From the shores of Jacksonville, Fla., to the California coast, Nick Kleckner's photos provide an incredible portrait of life on the road today.

Nick Kleckner has spent the past five months as a hobo on the move, walking from the shores of Jacksonville, Fla., to the California coast. Along the way, the 25-year-old’s using Facebook, Twitter, and Instagram to update his followers on his journey.

“It just kind of started as a way to keep my friends and family updated,” he told the Daily Dot. “When I started, I had eight followers on Twitter. Now I have four or five thousand.

“I just kept them updated, but it started spreading. All of a sudden, I started getting feedback from people around the world who I didn’t know—people contacting me and sending me messages to say how inspiring it’s been.”

Kleckner started snapping photos somewhere in the middle of Texas. Since then, his photostream has played out as one of the truest representations of western migrations and hobo life in existence. The Daily Dot sorted through the masses and fit Kleckner’s best and most iconic shots into the Storify below.