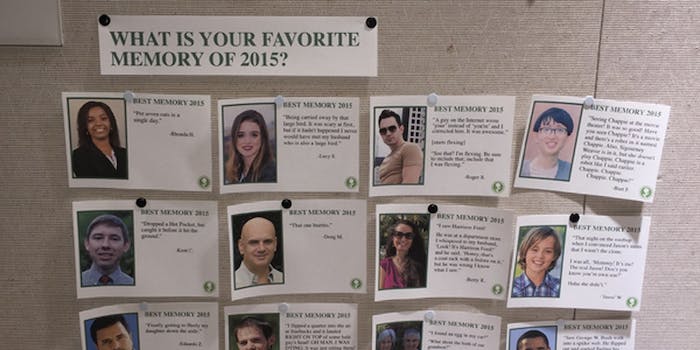 With the new year just around the corner, it’s time to look back on the past 12 months with a sense of nostalgia. As always, there are definitely some memories that stand out as the best of the year: proposing to your significant other, moving to a new city, getting carried away by a large bird.

OK, well, if that last memory sounds just a tiny bit fake, it’s because it is. Comedian Jeff Wysaski, aka Obvious Plant, has cooked it up along with various other fake memories to prank a community board. 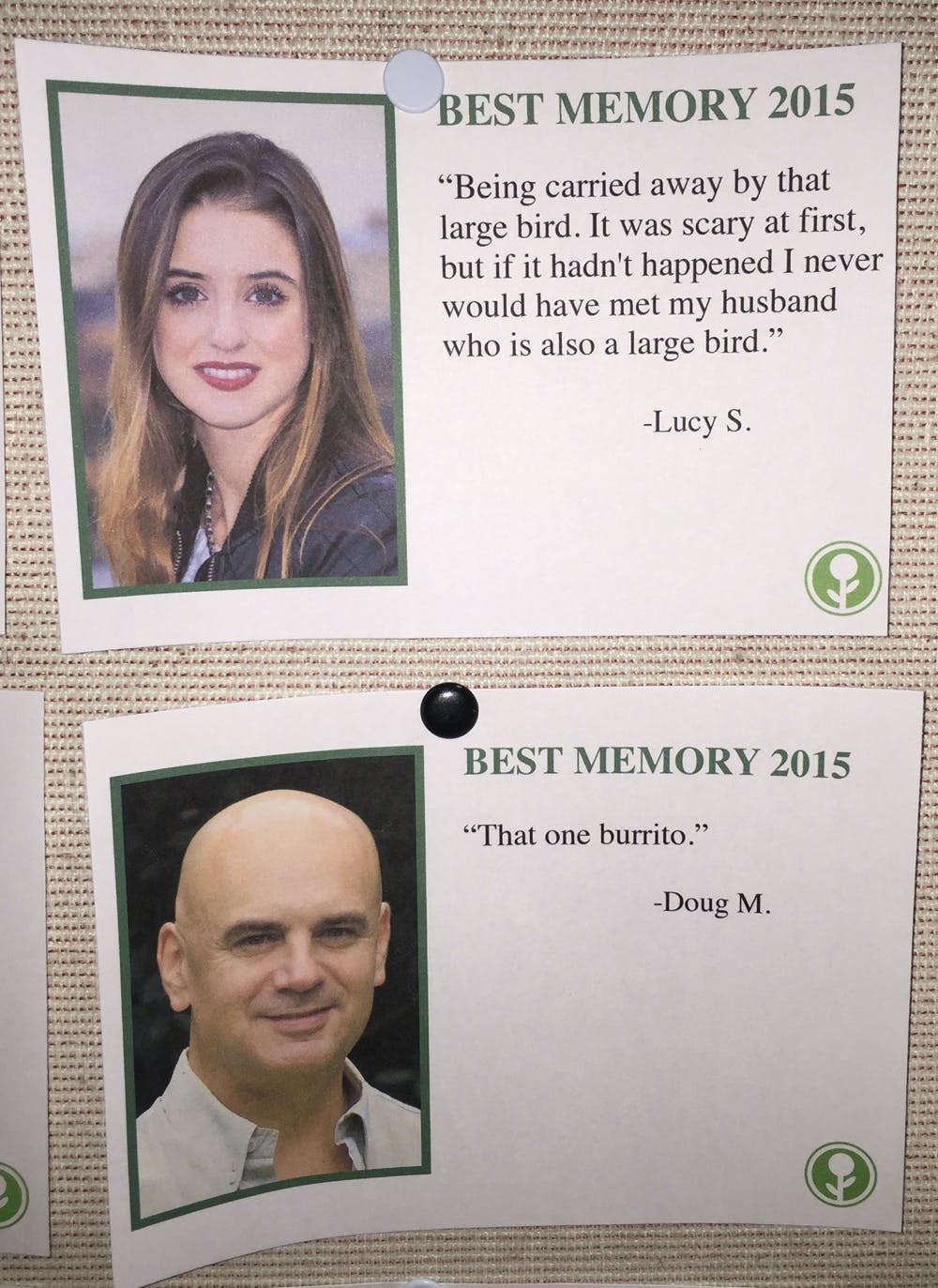 Wysaski has trolled the world many times before—most notably with fake Black Friday deals and Halloween costumes. When he was thinking of end-of-year ideas, the best memories of 2015 popped into his head. Originally, he was going to post it at an elderly community center and use only pictures of older people, but he ended up changing his mind to allow for easier access to the board.

“I started with the jokes… just writing the best fake memories that I could. For lengthy things like this, I generally try to mix in short, concise jokes with longer wordy ones,” Wysaski wrote in a message to the Daily Dot. “For the photos, I definitely wanted a wide variety of ‘average’ looking people. You don’t want good-looking, model-types saying these things. Attractive people just aren’t as funny. Thankfully, I found enough public domain photos of different-aged people to fill out the board.” 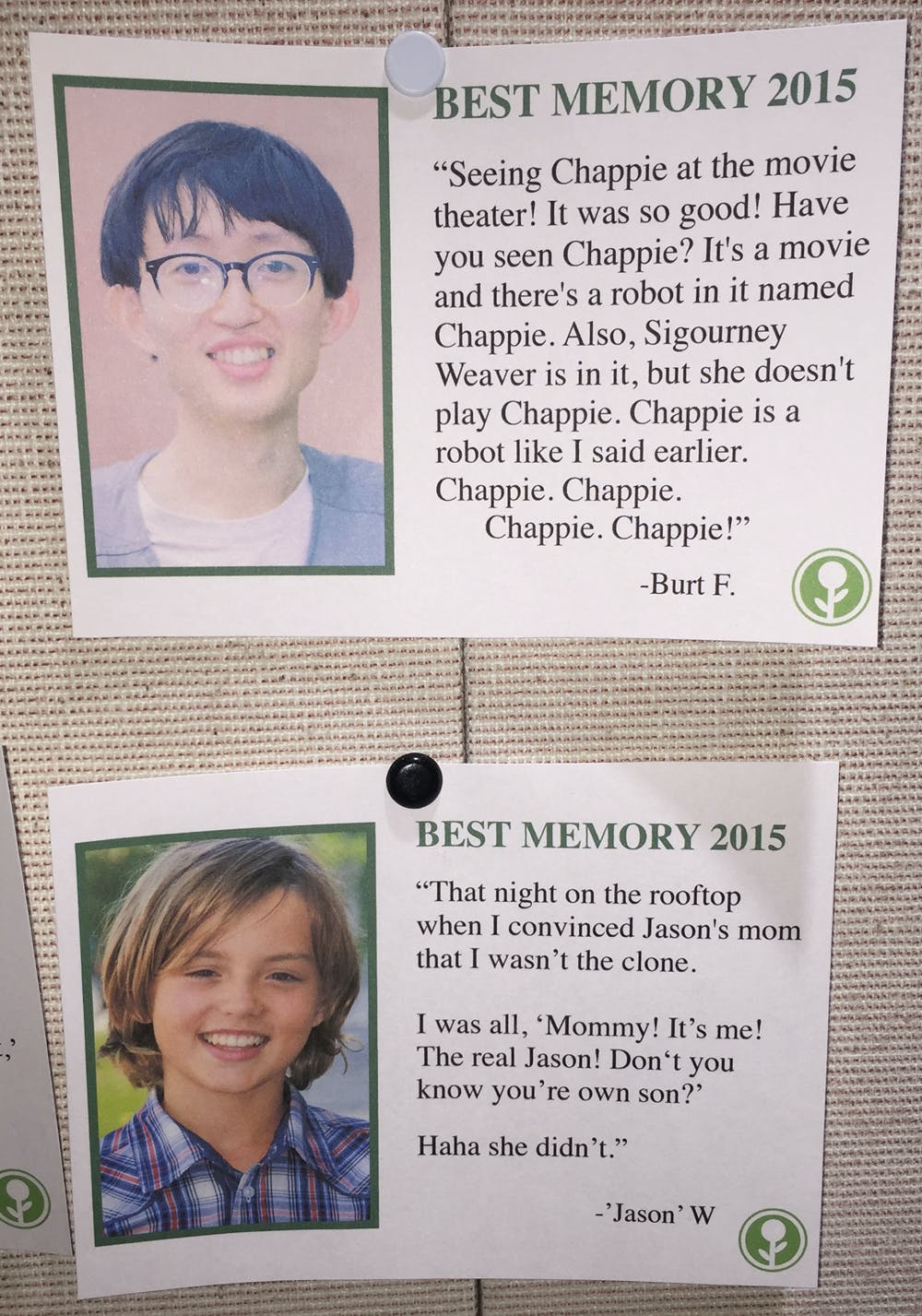 These “memories” have already racked up over 44,000 notes on Tumblr and over 4500 upvotes on Reddit. And as for Obvious Plant’s favorite? He said he laughed out loud when writing the “carried away by a bird” one. And while he didn’t stick around to see people’s reactions to the board, he’s hoping that they’ll feel both confused and amused.

You can check out the rest of the memories on the Obvious Plant Tumblr and even Barack Obama’s best memory of 2015 over on Facebook. We won’t spoil it for you, but it does involve an ex-president.

Now that we know what these people’s best memories of 2015 are, we’re wondering what their 2016 resolutions will look like.