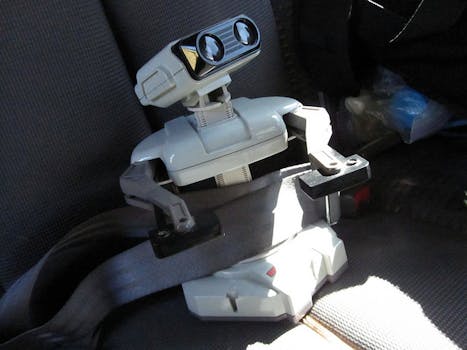 A Best Buy employee recognized a robot brought in for recycling as a rare Nintendo R.O.B. from the 1980s, and campaigned to save the little guy.

When the robot uprising occurs—and preparations for this eventuality are already underway— perhaps our metallic overlords will be persuaded to spare our lives thanks to the kindness once shown by a noble Best Buy employee.

This week, one of the few remaining R.O.B. (Robotic Operating Buddy) units from Nintendo’s golden era has been given a new lease on life. At one point destined for destruction in an electronic recycling bin, this kitschy 1980s video game accessory was saved by the quick actions and subterfuge of one nostalgic Best Buy employee.

On Reddit, the employee explained that the robot was brought into his store to be recycled as part of the company’s “Renew Blue” program. Though R.O.B.’s production life span was short (on shelves for little more than a year in the mid-’80s), the employee had fond memories of this inanimate video game companion. But when he asked his employer if he could take R.O.B. home and spare him an untimely death, he was denied and told he would lose his job if he tried to abscond with the robot.

But the employee (who goes by the unfortunate Reddit handle “ipoopinthesink“), wouldn’t take “no” for an answer, he hid the robot in the Best Buy warehouse as a stalling tactic while he took the story public. He shared pictures of the soon-to-be-recycled robot.

“After I tried everything I could to get my manager to let me take it, I posted the picture so at least some people could share the nostalgia and sadness of it potentially being destroyed. After I saw and realized how much R.O.B. meant to a ton more people than just me I decided I needed to rescue it. After I posted I was going to plot a way to get it, it kind of blew up.”

To see what all the fuss is about, check out R.O.B. in action with the gang from CollegeHumor.

The Reddit response was overwhelming, many started lobbying Best Buy to spare the robot. Others offered suggestions for how the employee might steal it away. Snowangel223 recommended having a friend pose as the customer who dropped off R.O.B. in the first place.

“Have a friend walk into the store and say, ‘My dad dropped it off. It was mine. It was a total accident. I want it back.’ And then let them cry and huff until they get it back,” the user wrote.

More cavalier Reddit users, like Center6701, went so far as to suggested that saving the toy was worth more than the job.

“Carry that sh*t out like a boss and tell them to sod off,” the user wrote. “I worked at Best Buy for five years it got me nothing.”

Ultimately none of these plans had to be put into action. The public response to R.O.B.’s plight convinced Best Buy to spare the robot and put him on display at corporate headquarters.

“We recycle virtually any consumer electronic device out there, but as you can imagine an item like this is fairly unusual and we can see why it captivated our employee’s imagination,” Best Buy senior specialist Jeremy Baier told Business Insider.

Although R.O.B. is safe, it’s unclear if the employee who rescued him will be so lucky. The company is currently looking into the employee’s actions to see if he violated any policies. The employee told Reddit that he expects to hear back about his employment status by the end of the week.