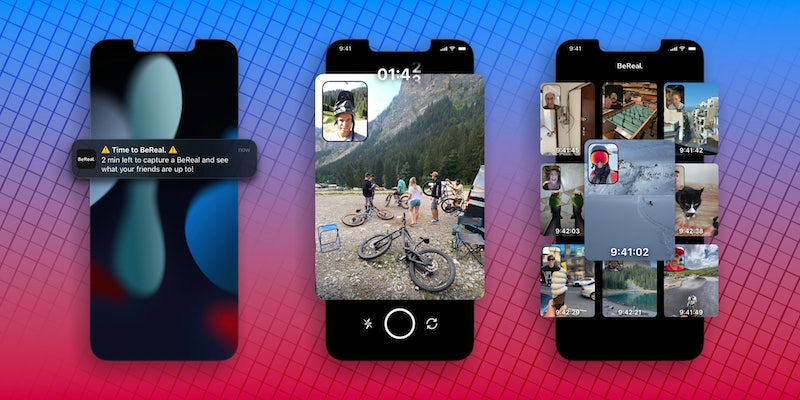 Former GoPro employee Alexis Barreyat may have founded the BeReal app in 2020, but its recent popularity among Gen Z has propelled the app into meme stardom this week. The app, which markets itself as a sort of antithesis to the picture-perfect Instagram aesthetic, allows users to share a photo once a day to their friends sans editing, scheduling, and filtering. Even more restrictive, users only have two minutes to post a photo, which includes both a snapshot using their front camera and back camera simultaneously. The images are then uploaded to a feed where friends—or the explore page, if public—can judge a poster and their “realness.”

BeReal gained buzz early in the year, with outlets like BuzzFeed and NPR covering the beloved Gen Z app. Currently, the app has been installed more than 7 million times, with downloads increasing about 315% since the beginning of this year. While college kids have been posting incriminating selfies on the platform for several months, it seems the app’s meme opportunity finally revealed itself this week on Twitter.

Others used shows as a reference of what their BeReals would actually encompass.

While it may be too early to tell if BeReal will stick around or just be another Clubhouse, the content and memes it spurs are too good not to share.