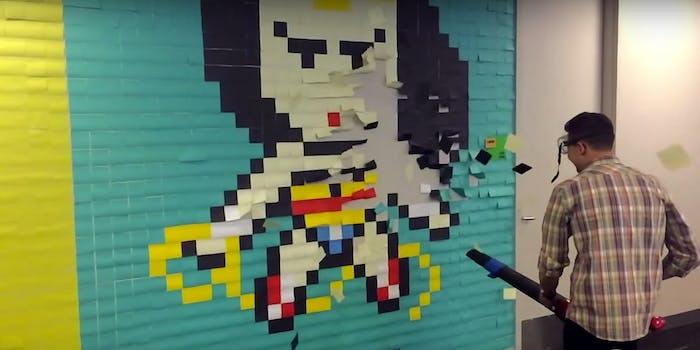 These heroes all have one weakness.

Everything that goes up must come down, even perfectly executed Post-It Note art.

Ben Brucker and his colleagues spent four months decorating their walls with pixelated versions of Batman, Spider-Man, Captain America, Wonder Woman, Scarlet Witch, and Iron Man. While the murals stayed up for months, eventually they had to take down all of the notes. But instead of doing it all by hand, they brought a leaf blower to take care of most of the work. Genius, really.

They still had to finish it by hand, but by the looks of the mess on the floor we don’t envy that clean-up job.