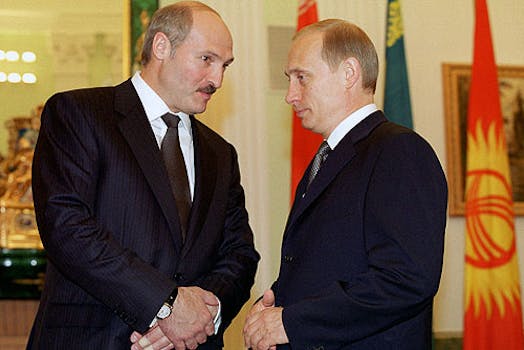 Despite adding new Internet users at one of the fastest rates in the world, Belarus is on a path toward even more totalitarian Internet restriction.

A Soviet-era holdover, Belarus has been helmed by President Alexander Lukashenko since 1994. Human rights groups have long criticized the country’s lack of freedom of expression, and in 2012, Reporters Without Borders put Belarus on its “Enemies of the Internet” list. According to a report published Friday by the advocacy group Index On Censorship, Belarus, despite adding new Internet users at one of the fastest rates in the world, is on a path toward even more totalitarian Internet restriction.

As is the case in many authoritarian states, for Belarusians, criticizing a government official on a blog, or even uploading photos that imply political dissent bears a prison sentence of up to five years.

The country’s similarly cracked down on its citizens for using social-networking sites, which Lukashenko has even called “a very dangerous weapon.” Activists who opposed him on VK, the Russian equivalent of Facebook, have had their accounts allegedly hacked by government officials. They’ve also been arrested, fined, beaten, and threatened with execution.

In January 2012, the country upped its censorship game, fining Belarusian website owners who didn’t host their content in the country and under .by, the national domain. Moreover, it began what activists consider massive privacy violations, requiring Internet service providers to compile massive data profiles of each user. That includes how long users visited websites and what search terms they used. And the government now keeps a secret list of “limited access” sites, like independent media and political opposition parties, that can’t be accessed at schools or on public computers, like those in hotels and Internet cafes.

But amazingly, the Index on Censorship found, Belarus is about to get much more Orwellian.

The group found that the Belarusian government has purchased systems from Western telecom and software countries (though all refused to confirm the sales), to be used in building a massive tracking system. “The state’s intention is to make it possible to trace the online activities of everyone in Belarus,” the Index concluded.

Photo of Lukashenko with Vladimir Putin via Wikipedia Commons