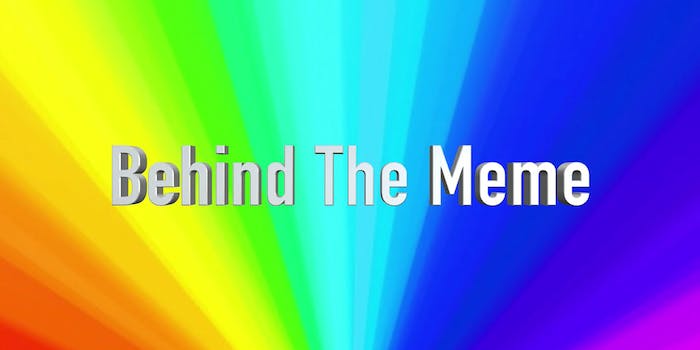 His final video has since been deleted.

Warning: This post includes discussion of suicidal language. For more information about suicide prevention or to speak with someone confidentially, contact the National Suicide Prevention Lifeline (U.S.) or Samaritans (U.K.).

A YouTuber known for making meme explainers sparked a wave of concern among his followers this week after posting videos that seemed to suggest he was contemplating suicide. The concern was alleviated for some—and turned to confusion and frustration for others—when a now-deleted final video appeared to show Bryce dramatizing (but not actually committing) suicide in order to announce the conclusion of the channel.

Kyle Bryce has been posting internet culture explainers like “What is doge?” to his Behind The Meme channel for two years. But as Polygon reports, Bryce’s most recent set of videos took on a darker tone, prompting worry from his followers about his safety and a subsequent YouTube investigation.

The first video, posted on Sept. 20, shows Bryce shopping for liquor. He doesn’t speak in the video, but its description reads: “Behind the meme picks up an old friend that will help him get through his feelings…or so he thinks.”

In the subsequent videos, Bryce talks about depression and expresses suicidal thoughts. He says he left YouTube for four months after “hate from strangers” became too much to handle.

According to Polygon, in the past year, Bryce’s channel had been the target of criticism from other YouTubers. He posted a video in August 2017 explaining how he was doxed. After a six-month break, he was slammed for monetizing a tribute video to actor Stéfan Karl Stefánsson, one of the more famous faces in the meme community, who died in August.

“Life’s not easy,” Bryce says in the third video. “Life’s not easy for anyone. Just a simple kind gesture, smiling at someone, asking them how their day’s going, it might mean a lot to a person. It’s a thing that most people don’t do. People’s words, even though they don’t think it has an effect, it has an effect sometimes.”

As his latest videos were posted over the past week, concerns within the YouTube community mounted, with many believing Bryce was posting the videos as a real suicide note. Sources told Polygon that local authorities had been contacted and that YouTube was investigating. But there was also speculation that videos were scripted, which seemed to be confirmed by a fifth video that was posted and then removed on Friday.

The video showed Bryce putting a gun to his head before the camera flashed to an image of him in the mirror. There was a gun shot noise followed by the text “Behind The Meme is dead (kind of)” and a list of phone numbers for suicide hotlines. The video was deleted within a few hours, according to a notice, for “violating YouTube’s policy on violent or graphic content.”

Many Twitter and Reddit users said that by slowing down the video, they could tell that the images of blood splatter were edited with a green screen. The ending text also seemed to indicate that the videos were announcing the end of the Behind The Meme channel but were not an actual depiction of suicide. The consensus, largely, was that the videos were all part of an elaborate fictionalization to announce Bryce’s departure from the channel, though many agreed he chose a misguided way to do it.

“Hey, glad you’re all right and that this was just for a skit,” Twitter user @NetHistorian wrote. “But giving the impression to a (mainly underage) audience of thousands of people, for [about] 6 days, that this could be a legitimate video suicide note, is a bit much don’t you think?”

Hey, glad you're all right and that this was just for a skit.
But giving the impression to a (mainly underage) audience of thousands of people, for ~6 days, that this could be a legitimate video suicide note, is a bit much don't you think?