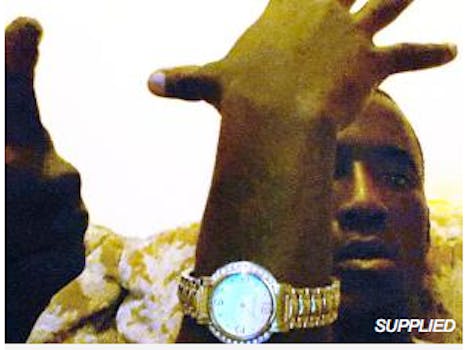 If you're going to steal a tablet, you should probably make sure it's not uploading photos of you to Facebook.

Some South African thieves might want to polish their burglarizing skills after getting busted for posting pictures of their stolen goods on Facebook.

Upon returning home last week to find multiple Samsung tablets gone from his guest house, James McCall logged onto Facebook to change his and his wife’s passwords to further protect themselves. As he dug deeper, the Hillcrest resident saw multiple pictures of the suspected burglar holding the tablets, thus revealing the culprit’s identity.

“He probably did not realise he was doing it,” McCall, who runs a bed and breakfast near Durban, told IOL News. “Usually you never log off from a tablet, so it could have happened quite quickly.”

McCall believes the robber uploaded the pictures mistakenly, as other pictures his family snapped were also on Facebook. The thieves, who managed to slip past guard dogs and an electric fence, also made off with the guests’ cameras, purses, and the room’s flat screen televisions.

“My wife sells handbags and keeps them in a basket—they emptied it and put all they had taken into the basket and left,” McCall said.

No arrests have been made. This is the fifth burglary to rock the small hotel since last March, setting the couple back nearly $20,000 in damages.