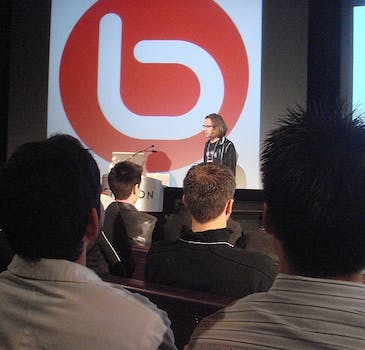 The social media site, a former powerhouse in the U.K., just can't catch a break.

Former U.K. social network giant Bebo has entered into civil war. In a lawsuit, the site’s founders and shareholders have accused the current owner of fraud.

At its peak, Bebo was the biggest Web community in the U.K., overtaking Myspace in 2007 to become the country’s most-visited social networking site.

The site has suffered a number of setbacks in recent years, however. AOL bought Bebo in 2008 for $850 million, but it couldn’t figure out what to do with the community. It sold the site for under $10 million just a couple of years later.

Now, Bebo’s current owner, Criterion Capital Partners (CCP) is facing legal action, with investors and Bebo founders none too pleased with how it’s being run.

The plaintiffs have alleged “gross mismanagement” during a two-day site outage in January, which led some to believe the site had been shut down for good. They also claim Bebo is being exploited.

Those investors are now looking for $5 million in damages.

The filing, obtained by PaidContent, accuses CCP of fraud by “using its operating capital to pay the salaries of Criterion’s staff.” Adam Levin, CCP’s managing partner and Bebo’s chief executive officer, is allegedly receiving $14,000 per month.

Levin has allegedly withheld financial details from shareholders. Under his management, Bebo has purportedly “failed to hold a single board meeting or shareholder meeting” in 20 months.

The lawsuit also claims the site’s reputation is being damaged for failing to respond to lawsuits and being hit with defaults. For instance, Bebo is alleged to have defaulted on its lease in San Francisco and shifting operations to CCP’s headquarters in Los Angeles—all without shareholder or board approval.

The plaintiffs added that Levin “has not dedicated sufficient time and energy to the operation” and “would almost never show up at Bebo’s office.” They want a receiver to be appointed to run the site, and potentially sell it to a new owner.

Levin told PaidContent that Bebo believes the lawsuit “to be a baseless claim and amounts to a fishing expedition.” CCP previously claimed to have made Bebo profitable by cutting costs.

A pre-trial hearing has been set for Aug. 8 in San Francisco.

Bebo had 117 million registered users in December 2010. However, visits to the site, and therefore the number of community members actively participating on Bebo, has been dropping for years.

The site was still attracting 10 monthly million visitors as of August, however, showing there’s still some life in the community.