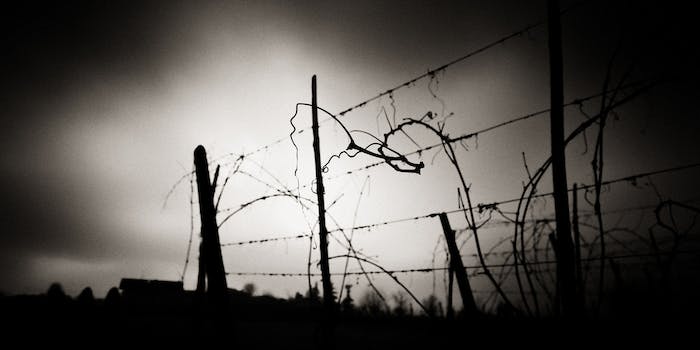 The popular hashtag #neverforget covers all types of sin in today’s society.

But the term “Never Forget” was born out of the Holocaust, the horrific genocide of approximately six million Jews and millions of non-Jews during World War II. All but two members of my maternal grandfather’s family lost their lives in the the 12-year genocide. I know I will Never Forget, and neither will the countries struggling with the real legacy of fascism today. As Katya Adler of BBC News explains, Nazism isn’t dead. Political groups like the neo-Nazi “Free Forces” coalition represent “the fastest-spreading section of Germany’s far-right movement,” and Adler argues it’s one “the country’s authorities cannot afford to ignore.”

That’s why it was so startling when the following question was asked on this past Sunday’s edition of the BBC debate series The Big Questions, just two days before International Holocaust Remembrance Day:

Our one big question this morning: Is the time coming to lay the Holocaust to rest? #BBCTBQ

First, some background on the program in question. Willard Foxton at the New Statesman, a British public affairs and politics magazine, discussed the show back in April:

I’m sure you’re familiar with BBC’s The Big Questions. It’s that dreadful “ethics” show that sits awkwardly sandwiched between all of the political discussion programs on a Sunday morning.

It’s dreadful, arguably the worst thing that the BBC airs. It has production values you’d expect from a small business’s YouTube video and is presented by Nicky Campbell, a man who displays all the charisma of an eggy fart on a packed commuter train.

Hosted by Nicky Campbell, the show is a loose spinoff of the BBC1’s popular Question Time, except panelists discuss matters of religion, morality, and public life instead of politics. Notable guests have included controversial atheist writer Richard Dawkins as well as Eurthymics singer Annie Lennox.

Israel National News points out that when the BBC initially announced their Holocaust remembrance panel, they posed the question: “Could something like this happen again?” And Simon Ploskin, managing editor of Honest Reporting, a pro-Israel media watchdog, explained how the controversial tweet related back to the original question. Ploskin wrote, “Asking whether people should forget about the Holocaust could very well increase the possibility of it happening again.”

He’s absolutely right. The more we put this manmade catastrophe in our cultural rearview mirror, the easier it is for us to ignore the warning signs of a similar event in the making. Last August, the Nigerian terror group Boko Haram announced the formation of an “Islamic Caliphate” in the area, but as Terrence McCoy of the Washington Post reports, one town, Baga, was unwilling to go quietly, and the group killed up to 2,000 of the town’s residents.

It’s hard to find contemporary precedent for the delight Boko Haram takes in killing. Even the Islamic State, which has killed thousands and purposely targets minorities, doesn’t seem to be as wanton in its acts of carnage. It appears everyone—Muslim, Christian, Cameroonian, Nigerian—is a target for Boko Haram.

A video recently emerged, Genocide Watch reported, that shows gunmen shooting civilians as they lay face down in a dormitory. A local leader explains they are “infidels,” even though he admits they’re Muslim: “We have made sure the floor of this hall is turned red with blood, and this is how it is going to be in all future attacks and arrests of infidels. From now on, killing, slaughtering, destruction and bombings will be our religious duty anywhere we invade.”

In light of the genocides still taking place today, it’s hard to fathom how a program on a internationally renowned network like the BBC could so casually toss out a question like this. However, it’s not surprising, given the mainstream media’s well-documented lack of coverage around the attacks in Nigeria, while Charlie Hebdo continues to make headlines. “I am Charlie, but I am Baga, too,” wrote the Daily Maverick’s Simon Allison. “It may be the 21st century, but African lives are still deemed less newsworthy—and, by implication, less valuable—than western lives.”

If we’re not even paying attention when genocide is taking place right in front of our faces, it makes it a whole lot easier to be blind to the past. In May of last year, the Anti-Defamation League released the findings of a survey of 53,000 people across 100 countries which found that a mere 54 percent of the world had even heard of the Holocaust—and a mere third believed the events of that time period have been accurately reported.

Emma Green at the Atlantic distilled why these results were particularly disturbing:

Although the prevalence of Holocaust ignorance and denial was just one small aspect of the survey, it illuminates a powerful fact: As the memory of the genocide grows fainter, attitudes toward Jews—and Israel—are changing. The fate of the Jewish people in the twentieth century was largely centered around the Holocaust: the anti-Semitism that facilitated it, the loss it wrought, and the reflection it prompted. As that history becomes more distant, it’s unclear what will animate the Jewish community—and attitudes toward it—moving forward.

This isn’t a matter of being pro-Israel or anti-Israel, Jewish or anti-semitic. It’s a question of being a human being with the ability to empathize. While Nicky Campbell and his panel debated whether or not it was time to let the whole Holocaust thing go once and for all, Boko Haram continues to slaughter thousands of innocent men on the media’s watch.

Holocaust Remembrance Day is a time to do just that: remember. Remember those we lost. Remember that the systematic killing of innocents is not something exclusive to the past.

The easiest way for people to forget the lessons we learned from this incredibly dark time in history is to give them the option.

Photo via August Brill/Flickr (CC BY 2.0)