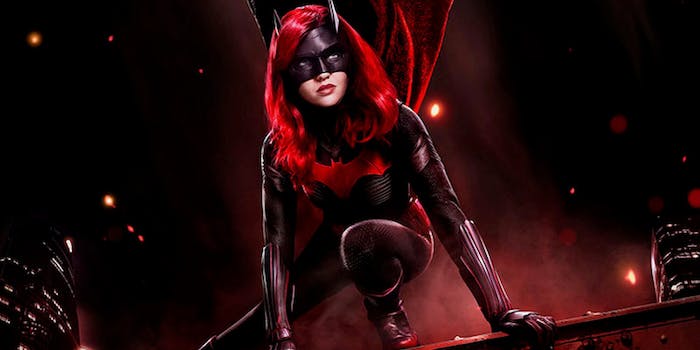 'I’m well aware of the 'Bury Your Gays' trope and I have no interest in participating in it.'

The future of Batwoman has felt a bit more shaky than usual after the sudden departure of series star Ruby Rose after the show’s first season. But amid leaks and rumors floating around online about the fate of the original Batwoman, the show’s creator is clarifying one major point.

Last week, a leaked casting call revealed that instead of recasting Kate Kane, the alter-ego of Batwoman and TV’s first lesbian superhero, it planned to introduce another character entirely named Ryan Wilder, who was described as being Kate Kane’s opposite in every way. (Per the casting notice, Ryan Wilder would also be a lesbian on the series.)

With Ryan’s introduction in season 2, the bigger question of what that meant for Kate Kane started to emerge, and over the past couple of days, rumors that Batwoman would kill off Kate to make way for Ryan made their way online. Although the validity of the rumors was tenuous at best, it was enough for some fans to start worrying about the possibility that Batwoman would pull a “Bury Your Gays,” the trope in which LGBTQ characters are killed off or get unhappy endings.

The trope has been prevalent in storytelling for decades, but a few years back, fan backlash brought the trope to the forefront after several lesbian or bisexual characters died within a short period of time. If Kate Kane, who is the CW’s first lesbian superhero, were to be killed off, it could very well feed into the “Bury Your Gays” trope.

Batwoman creator Caroline Dries eventually felt the need to address the rumors about Kate Kane’s exit. In a note posted to Twitter “on behalf of The Bat Team,” Dries debunked the idea that Batwoman would kill off Kate Kate, noting that she’s well aware of the “Bury Your Gays” trope.

“As a lesbian who’s been working as a writer for the past fifteen years, I’m well aware of the “Bury Your Gays” trope and I have no interest in participating in it,” Dries wrote. “That’s why it’s important to me as the showrunner to clarify any misinformation out there about Kate Kane and recasting Batwoman.”

She also highlighted just how vital Kate Kane is to Batwoman’s world and to fans all over the world, assuring fans that while Kate Kane will be gone, she won’t be forgotten in Gotham City.

“Like you, I love Kate Kane—she’s the reason I wanted to do the show. We’ll never erase her. In fact, her disappearance will be one of the mysteries of season two. I don’t want to give away any of our surprises, but to all our devoted fans, please know that LGBTQ+ justice is at the very core of what Batwoman is and we have no intention of abandoning that.”