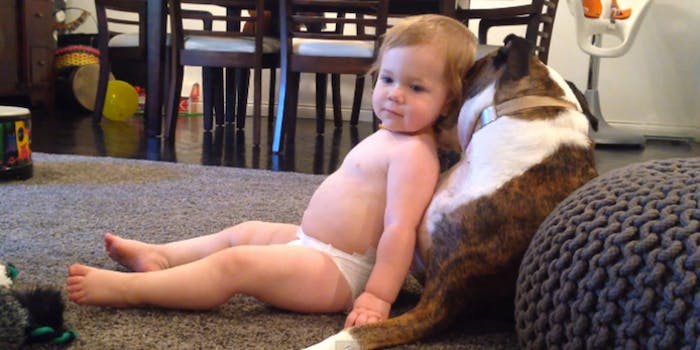 For a lot of babies, bath time isn’t always fun. So you have to think outside the box. You have to find an alternative.

You have to join forces with the family dog.

That’s exactly what Leyna Ambron’s young daughter discovered. Their dog, Bix, had apparently grown quite fond of grooming the little girl as if she was a young pup, as witnessed in this clip. When Bix stops, she repositions herself to keep the bath time going. That’s one enterprising kid.