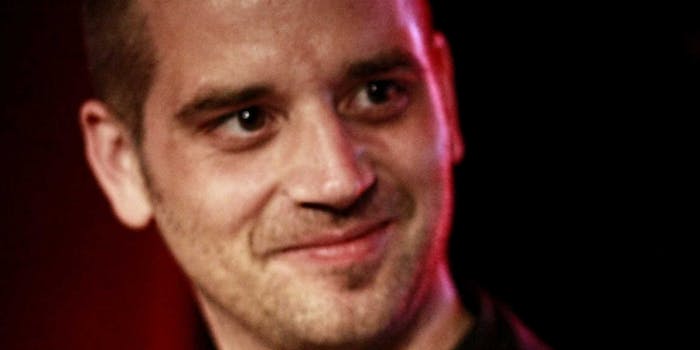 Jack was one week away from a highly anticipated Black Hat talk about his method for hacking pacemakers.

Celebrated hacker Barnaby Jack died at age 35 on Thursday in San Francisco, reports Reuters, just one week before he was scheduled to speak at the Black Hat security convention in Las Vegas. Jack planned to reveal techniques used to attack pacemakers that he said could kill a man from 30 feet away. No details about his death are available at this time.

Jack first discussed his pacemaker hack in a blog post earlier this year. He got the idea from the TV show Homeland, which used a similar hack as a major plot point.

The talk was highly anticipated. Jack promised to “focus on the security of wireless implantable medical devices. I will discuss how these devices operate and communicate and the security shortcomings of the current protocols. Our internal research software will be revealed that utilizes a common bedside transmitter to scan for, and interrogate individual medical implants. I will also discuss ideas manufacturers can implement to improve the security of these devices.”

This would not have been the first time that Jack caused a memorable spectacle on stage. Two years ago at the same Black Hat conference, he demonstrated “Jackpotting”—a hack that made ATMs spew out bills.

At 2011’s Hacker Halted conference, Jack showed how he could hack and interrupt medical insulin pumps, reports CRN. He used a transmitter from a 300-foot radius that he said could control any embedded medical device.

When I first saw tweets that Barnaby Jack died, I thought it may be a hoax. Sadly, I learned it was true. Great hacker and friend. RIP.

Barnaby Jack was a world-class researcher and great friend. Will miss you.

Barnaby Jack was a kindred spirit, and I loved the grimy cunt. You’ll be forever missed.

This is a sad day for hacking, @barnaby_jack left us to hack better ATMs in heaven. Rock on man ! RIP

I was always so proud. Seems I’m not the only one

Jack’s family plans to release a brief statement within a few days.