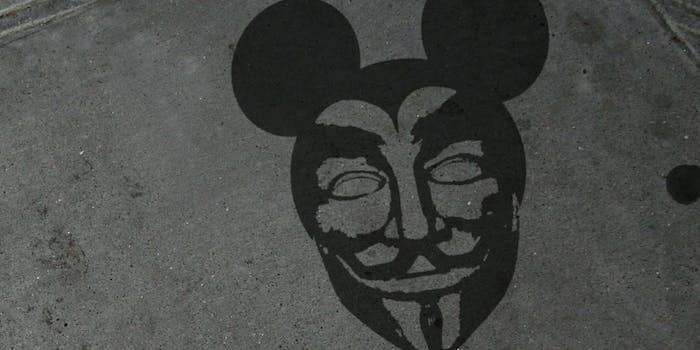 The ultimate Banksy fan takes a trip to ‘Dismaland’

It was going to be a long day of understanding and agreeing with radical truth, so I needed to get a good start: I was going to visit the renowned street artist Banksy’s new Disneyland-mocking theme park, Dismaland.

I left my stucco apartment complex at 7:30am. As I walked towards my car, I turned on my GoPro head cam and made sure not to look back at the building. (I didn’t want anybody who would see this on my YouTube channel (username: [email protected]) to know my address. I’ve got about 200 views per video, so who knows what kind of doxing they might want to do to me.)

As I strapped into my 2000 Toyota Corolla, I checked my mirrors and slid a Guy Fawkes Anonymous mask onto my face. I wear this for a variety of reasons, but my favorite reason is to see the faces of the sheeple I pass who seem astounded or afraid of someone with this mask on. Afraid of somebody with freedom of speech and thought. Somebody willing to challenge them. Someone who switches lanes without a blinker because it’s been broken for a year, which is ironic and anarchic, because while they don’t know when I’m going to switch lanes, they do knowwhat I stand for (Anonymous, Ron Paul, Reddit, Bitcoin, and ethics in game journalism). 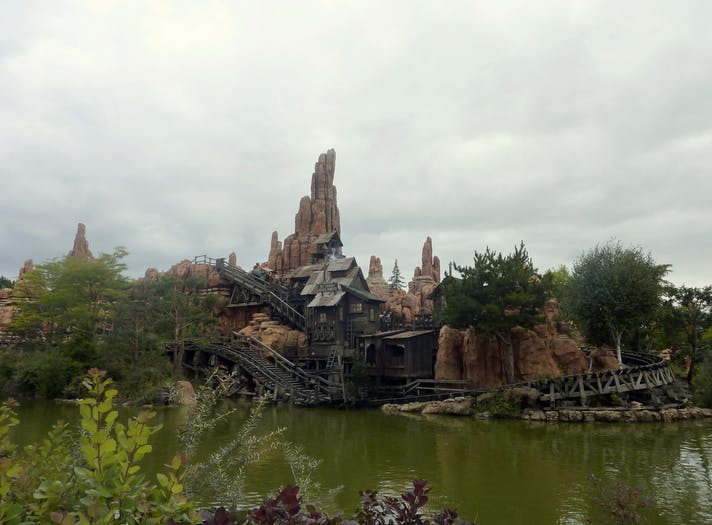 It’s hard to drive while wearing the Guy Fawkes mask, but I’m able to make up for the lack of peripheral vision by looking through the gaps in the edge of the mask where it doesn’t quite fit me perfectly. I bought it online without trying it on first—my mistake, I know—but in the end it was only $10, and fits pretty well. It at least keeps the cops from knowing my identity as I drive by stoplights where there are cameras mounted, observing. Big Brother is watching. But I made it to the park in good time.

I paid the ticket price and relished the commitment the employees have for the project. They made me throw out a half full bottle of water, and the ticket was like $40. I had the sense I was purchasing a gift for myself and signing society’s receipt, since I used my credit card. 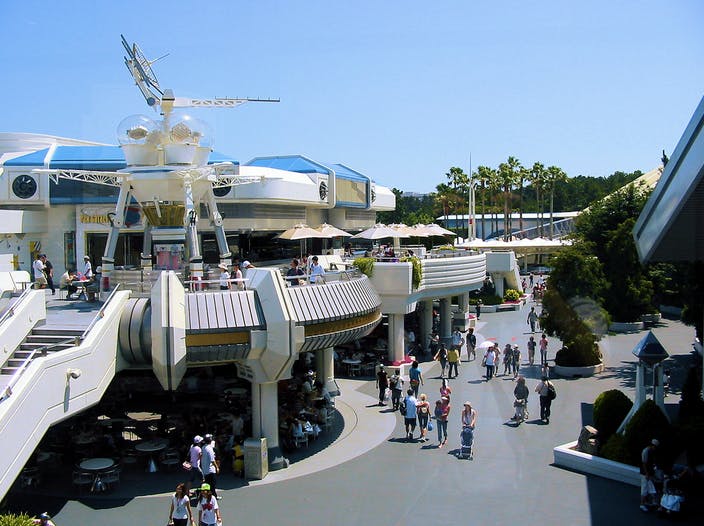 Once inside the park, I was enthralled by its commentary on capitalism and the corporate fascism we face in the West. Hundreds of employees dotted the artificial landscape, comical props in hand. Some carried brooms and dustpans. Others were offering the chance to shoot a round rubber ball through a hoop to win a large stuffed animal. Amazing. Some even sold processed animal meat tubes sheathed in deep-fried cornbread! I felt as though I had seen this all before and yet was watching it truly unfold for the first time. I felt aware.

The rides were so boring and so hilarious, and I was so proud of myself for understanding them as I sat on them. For one, a few of them had similar names, pointing out the merry-go-round of capitalism that sells us recycled concepts in brand new shiny packages. “Space Mountain” and “Splash Mountain”? I saw them for what they truly are: Garbage Mountain. This was such a cool and telling way for me to really get the idea of the emptiness of modern entertainment. 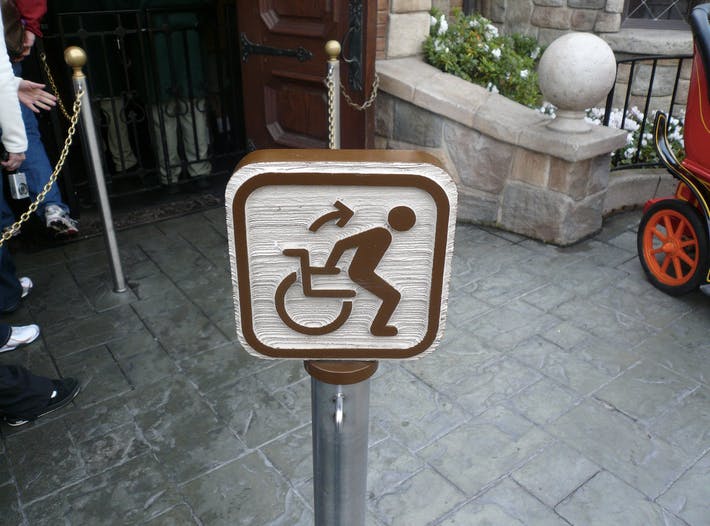 Speaking of trash, the park had amusingly embraced dystopian features like garbage cans that talked to you when you put something in them. They said stupid stuff, like “Thank you!” Like the garbage can is saying “Thank you!” for some garbage! It was a scathing indictment of working conditions in America. They just feed us garbage and we have to say, “Thank you!” The garbage can was named Push, too, which was great because it’s like, haven’t we been pushed to the edge? You know?

Another highlight of the day was a “ride” where we floated down a fake river while grotesque animatronic robots sang about how small this world is. I applauded the makers for injecting some commentary into their ridiculous propaganda. I agree that this world is small. Globalism has really drawn us into an ever-shrinking world. European Union figureheads are key members of the Illuminati. These little people had more to say about the bigger picture than anything I’d seen that day. The robot pirates hadn’t alluded to Milton Friedman or John Locke at all. Typical. 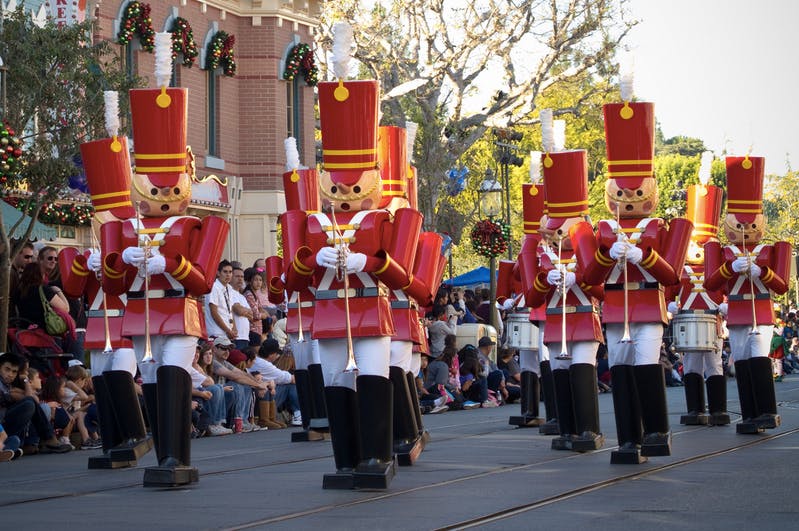 At lunchtime I paid nearly $50 for a pizza and some beer. The people in the booth who took my money, made my order, and shouted my name (I told them my name was “Wario,” and they actually called it out—classic) all wore the same uniform, including a sad smile. It was incredible, the way they looked like real humans with lives and obligations. I am sure they’re actually paid minimum wage, for realism, and that added even more to the blistering critique of consumer culture.

As the day grew long I realized I had to get home. My parents needed the car the next day for “work.” But there was still one last thing I had to witness before I fled this bastion of greed and corruption: the parade. At the end of the day, costumed mascots walk around while fireworks burst above them and music blares from every possible speaker in the park. The audience was transfixed. I decided to take a political stance and turned around to stare at a garbage can for the entirety of the procession. My GoPro was fixed on the white “PUSH” signage, and I wondered aloud to my viewers (perhaps Banksy was one of them? very possible) if this can was saying, “Thank you!” right at this moment. Because the whole parade was garbage. 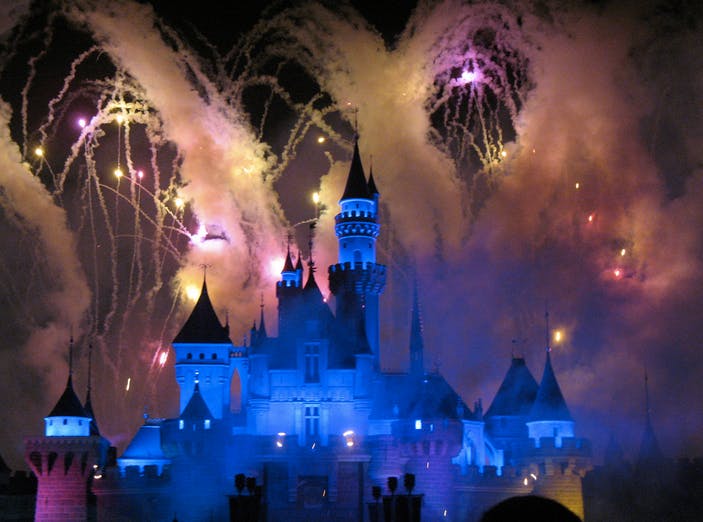 Once out of the park, I reflected upon the experience I’d had within. So maybe I hadn’t scraped enough money together to get across the Atlantic to Weston-super Mare and visit the “real” Dismaland. But wasn’t that Banksy’s point? That Disneyland is the “real” Dismaland? Genius. Bloody genius.

Photo via Natalie HG/Flickr (CC BY 2.0) | Remix by Jason Reed