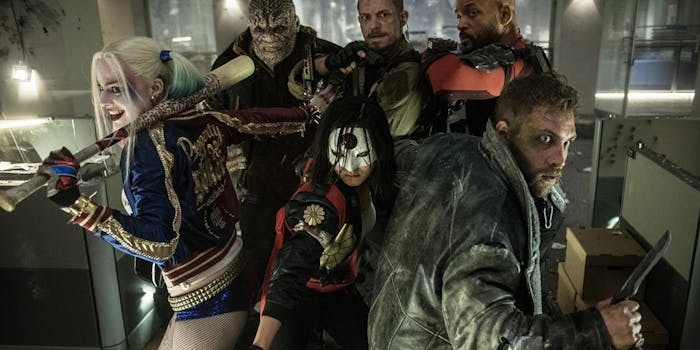 This takes attention away from exactly what the protesters are fighting for.

Language matters, and in light of how frequently the word “thug” is used as a substitute for outright racial slurs, it’s time for everyone to eliminate it from their vocabulary when discussing the Baltimore protests.

It may not seem like a big deal that Baltimore Mayor Stephanie Rawlings-Blake sent out a tweet referring to the predominantly African American rioters in her city as “thugs,” but as Salon’s Brittney Cooper explained on MSNBC earlier this week, the term is “rooted in a racialized understanding of black people,” one that “has been used to delegitimize the actions of many because of the actions of a few.”

Baltimore City Councilman Carl Stokes shared this view, pointing out that “these are children who have been set aside, marginalized, who have not been engaged by us. No, we don’t have to call them thugs.”

Recent history has only confirmed Shakur’s point. Despite having never having served a day behind bars and graduating from Stanford with a 3.9 GPA, Seattle Seahawks cornerback Richard Sherman found himself on the receiving end of that insult in 2014 after he was broadcasted trash-talking one of his opponents during a postgame interview. In one estimate, Sherman was called a “thug” on television 625 times in a single day. As Deadspin’s Kyle Wagner pointed out, Sherman was called a thug more often than Bashar al-Assad, the Syrian leader who was referred to as a “mass murderer” by the New Republic.

“The only reason it bothers me is because it seems like it’s the accepted way of calling somebody the N-word nowadays,” Sherman observed during a press conference at the time. “It’s like everybody else said the N-word and then they say thug. And that’s fine.”

Sherman’s critics were doing more than finding a less offensive synonym for a racial slur. By characterizing his act of unapologetic and outspoken self-expression as “thuggish,” Sherman’s critics perpetuated the idea that opinionated black folks are inherently dangerous. “It’s been etched into our cultural fabric that to act as anything but a loud, yet harmless buffoon or an immensely powerful, yet humble servant is overstepping,” explained Greg Howard of Deadspin. “It’s uppity. It is, to use Knapp’s word, petrifying.”

It’s also a great term for victim-blaming. As Jamelle Bouie wrote in Slate, both Trayvon Martin and Michael Brown were routinely denounced as thugs during the controversies surrounding their shootings, despite the fact that neither man had a violent criminal record.

“To dismiss racism as a general concern is to also stand against the claim that in the deaths of Martin and Brown, race matters. Indeed, you have to deny that discrimination mattered for either victim,” Bouie argued. “And to do that, you have to challenge their victimhood. If Michael Brown was a thug, if he was violent and aggressive, then Officer Wilson was justified. Suddenly, it’s a ‘good kill,’ not a deadly case of profiling.”

Much the same thing could be said about Trayvon Martin: While Zimmerman’s decision to shoot him was self-evidently racist, if one acknowledges that Martin was a normal unarmed teenager, it suddenly becomes justifiable if Martin is cast in the role of violent criminal.

By characterizing his act of unapologetic and outspoken self-expression as “thuggish,” Sherman’s critics perpetuated the idea that opinionated black folks are inherently dangerous.

Unfortunately, as a recent study from Stanford University psychologists Rebecca C. Hetey and Jennifer L. Eberhardt revealed, white people are likely to view blacks as disproportionately inclined toward criminality, regardless of the experimental controls applied to the surveys they were given. “In a crime-obsessed culture, simply thinking of crime can lead perceivers to conjure up images of black Americans that ‘ready’ these perceivers to register and selectively attend to black people who may be present in the actual physical environment,” the study explained.

Even though many of the respondents openly eschewed racist ideas, the skewed idea that blacks are more likely to be criminals has been so embedded into our cultural consciousness that the very concepts of crime and blackness have become inextricably linked, regardless of an individual’s actual racial views.

None of this is meant to diminish the legal culpability of those Baltimore protesters who have resorted to violence, nor is it meant to imply that inner-city violence isn’t a serious issue (albeit one caused by poverty and de facto segregation). The problem is not that there are people questioning the methods of the rioters and looters, but rather that they’re choosing to do so in a way that detracts from the overall conversation about justice.

By lumping the nonviolent protesters in with the violent ones, critics conflate the act of speaking out against injustice (in this case the racial profiling and fatal beating of Freddie Gray by the Baltimore Police Department) with actual criminal behavior; this serves to take attention away from exactly what the protesters are fighting for.

In fact, it perpetuates the very stereotype that most likely allowed the officers responsible for Gray’s death to feel comfortable in attacking him. After all, the very reason racial profiling is so prevalent among law enforcement officials is that many officers have been culturally conditioned to feel a heightened sense of threat when confronted with African Americans. It’s hardly a coincidence that Darren Wilson, the Ferguson police officer who shot Michael Brown, testified that Brown looked like a “demon” and that fighting him made Wilson feel “like a five-year-old holding onto Hulk Hogan.”

In the end, there is no path toward racial harmony in America that doesn’t necessitate burying the trope of the black thug. If we want to have a constructive national discussion on issues of race and civil authority in America, we must stop blaming the victims of systemic racial violence and instead listening to what they have to say. It’s not enough to recognize that black lives matter; we also need to be willing to learn from their experiences.

Matt Rozsa is a Ph.D. student in history at Lehigh University, as well as a political columnist. His editorials have been published on Salon, the Good Men Project, Mic, MSNBC, and various college newspapers and blogs. I actively encourage people to reach out to me at [email protected].