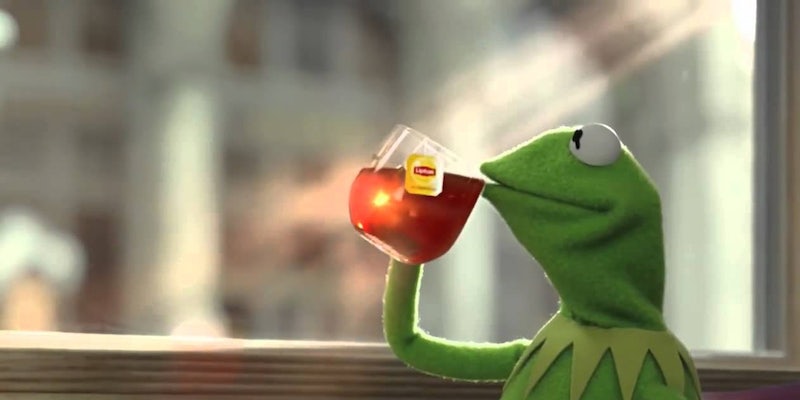 The 5 worst things people have said about the Baltimore protests

From Rush Limbaugh to Sean Hannity, there was more than enough stupidity to go around this week.

Like most 18-39 year olds, I’ve been getting the majority of my news about the Baltimore demonstrations through Twitter, from journalists, activists, and community leaders on the ground witnessing firsthand what is going on. But for all the good information that’s on social media, there’s no shortage of toxicity when you scroll through your feeds. At least you can curate your Twitter stream; Facebook is an entirely different story. It’s almost expected that you see people spew hate speech willy nilly.

During times like these, when systemic racism is front and center in the conversation, random social media racism is more overt and unbearable (although it’s always unbearable).

What surprises me every time, though, is how often friends of mine will step up to the plate for white supremacy, denying racism even exists in so many situations where it so obviously thrives. Nine times out of ten, they don’t even know they’re dismissing the idea that racism is an American institution. That’s how insidious and pervasive white supremacy is. On the bright side, there’s nothing stopping me from calling them out, or flat out blocking them.

But what about everyone else out there, the people I can’t reach?

The average American who thinks racism ended in 1968 (or when Barack Obama was elected, depending who you ask) most likely gets their news from major news organizations on TV.

This isn’t unexpected, nor is it unusual. However, what matters is the kind information broadcast through these means, what stories the news organizations are willing to tell, and what’s reaching nearly 90% of Americans. This is how public opinion is shaped. This is what gets people to believe “thugs” and “criminals” are destroying Baltimore.

As expected, the heavy hitters in broadcast journalism—your Don Lemons, your Geraldo Riveras, your Wolf Blitzers—don’t offer much insight into what’s happening in Baltimore. Instead, they insist on resorting to stereotypes, exposing their boundless ignorance, and shifting blame to the victims. To put it bluntly, they say some profoundly stupid shit.

So what are some of the dumbest, most offensive comments about the Baltimore protests broadcast?

One of the key issues with most of the coverage of the Baltimore demonstrations was the criticism of the more “violent” elements, like the fires and brick-throwing, to the point that the narrative shifted from being about police brutality to blaming black protesters for inciting violence.

The most exemplary moment of this was when Wolf Blitzer interrogated community organizer Deray McKesson about the unrest. “But at least 15 police officers have been hurt, 200 arrests, 144 vehicle fires—these are statistics,” Blitzer said. “There’s no excuse for that kind of violence, right?” McKesson responded by asserting there’s no excuse for the seven black deaths caused by Baltimore Police this year. “We’re not making comparisons. Obviously we don’t want anybody hurt.”

You can see in the interview how frustrated McKesson gets with Blitzer, criticizing Blitzer and general media coverage for suggesting that “broken windows are worse than broken spines.” What Blitzer doesn’t seem to realize is that there’d be no protests or anger if police didn’t continually terrorize black communities with their violence.

To hear a media personality ramble on about how black Americans can avoid getting killed by police, one needn’t look further than Fox News fixture Sean Hannity. This time, however, Hannity furrowed his brow in what’s becoming the new frontier of conservative extremism: AM radio.

On his radio talk show, Hannity shared what he believed to be the takeaway from Freddie Gray’s death in his version of reality:

You know there’s a simple solution in terms of for other people going forward is: don’t be involved in the sale of drugs, don’t think police are your enemies, don’t run at 8:30 in the morning when you see a cop, and certainly that is a part that he plays in this equation.

Never mind that the U.S. Supreme Court ruled in 2007 that fleeing from the police does not “furnish the minimal level of objective justification needed for detention and seizure,” Hannity’s daft statement does not take into account the fact that Gray had been arrested repeatedly for minor, even “piddling” offenses in a neighborhood like Sandtown-Winchester, vulnerable to the heavy enforcement tactics of the Baltimore Police.

Walking was essentially criminalized for residents like Freddie Gray. After routine harassment from officers, running doesn’t seems like such an irrational response.

A lot of conservative criticism of the Baltimore demonstrations centers around the supposed breakdown of families. Rand Paul took to the airwaves to blame the “thuggery and thievery” in Baltimore on the “lack of fathers,” a stereotype disproven by a 2013 study conducted by the Center for Disease Control.

Beyond that awful stereotype, it is only the second dumbest hot take on Baltimore from the GOP. The dumbest belongs to the Republican U.S. Representative from Texas, Bill Flores, who apparently moonlights as a gymnast based on the logical gymnastics going on here.

You look at what’s going on in Baltimore today, you know, you see issues that are raised there. And healthy marriages are the ones between a man and a woman because they can have a healthy family and they can raise children in the way that’s best for their future, not only socially but psychologically, economically, from a health perspective.

Flores, needing to reach his base somehow, made the comments during a radio interview with Tony Perkins, president of the Family Research Council, an anti-gay hate group recognized by the Southern Poverty Law Center.

Never to disappoint, Rush Limbaugh remains reliable in churning out grotesque comments. Although, the things he says are so nonsensical, people couldn’t possibly take his remarks to heart, can they?

Leave it to Limbaugh to rush (sorry) to blame liberals for a national issue that goes well beyond partisan politics. Rush laid out the answer plainly and simply on his radio show: “As long as the black population keeps voting Democrat, this is never going to end!”

It should go without saying that the problems facing communities of color extend beyond party politics. According to Michelle Alexander, author of The New Jim Crow, “It was the Clinton administration that supported many of the laws and practices that now serve millions into a permanent underclass.”

Under Bill Clinton’s escalation of the War on Drugs, students caught with drugs could be denied college financial aid, people with criminal records could be denied housing, food stamps, and other supports. Alexander continues to explain that George W. Bush simply carried on with further institutionalization of policies Clinton escalated. These measures disproportionately affected, and all but destroyed, black communities.

The NRA’s poison is influential poison, with strong lobbying power in Washington. In fact, the National Rifle Association posted the following to their Facebook page, all but suggesting to their 4.1 million “Good Guys with Guns” on Facebook to take to the street and “Stand Their Ground” in Baltimore. Suggesting violence is the NRA’s M.O., though.

The scary thing about all of the bad information that’s being spread out there is how many people will see the news on CNN and take it as the objective truth, how much anger Limbaugh will incite, and how much victim-blaming Hannity will disperse.

It’s time for America to stop listening to these blowhards who are intentionally wrong and misleading. Americans need to listen to what the Baltimore demonstrators are trying to communicate. If everyone’s listening to the voices of the oppressed, maybe society will finally progress.

Feliks Garcia is a writer, powerlifter, and foster of homeless cats. He holds an MA in Media Studies from the University of Texas at Austin, is Offsite Editor for ‘The Offing,’  and previously edited CAP Magazine.

Screengrab by Ring of Fire Radio/YouTube