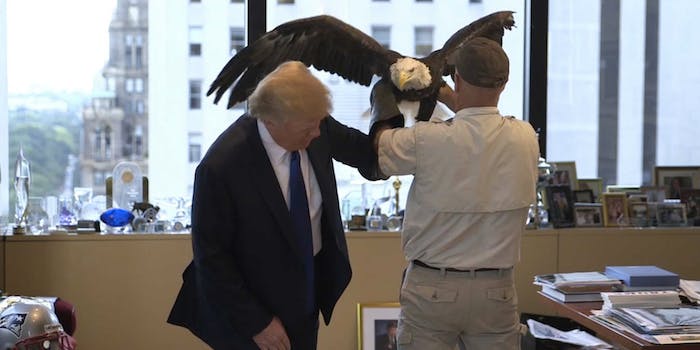 A showdown for the soul of America.

A lot of things you might see on the Internet need to be explained. Donald Trump being attacked by a 27-year-old bald eagle named Uncle Sam during a photo shoot for Time magazine—yeah, no, that makes perfect sense.

Right now, a thousand editorial cartoonists are kicking themselves for thinking this concept was “too obvious.” Behold the confrontation:

The real tragedy? This was as close as we’ll ever come to someone snatching the Don’s toupée.