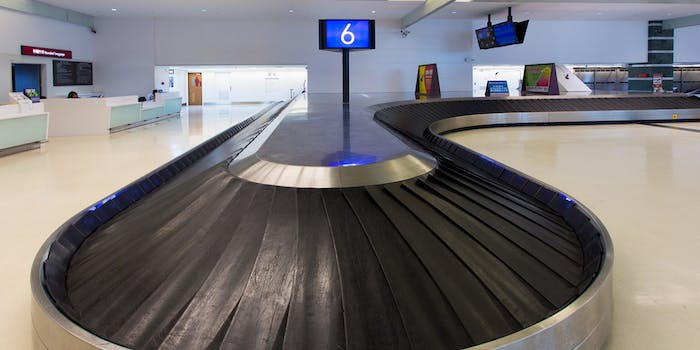 After a long flight, there’s nothing more frustrating than having to wait for your suitcase at baggage claim. But some passengers got treated to a little naughty surprise that kept them entertained.

Diogo Seabra posted a video of the situation to Facebook which has since been taken down, but not before a bunch of other people re-uploaded it. (Warning: the images are somewhat blurry, but still probably NSFW.)

According to an airport spokesperson, there were no complaints. Meanwhile, people at a Target in California weren’t too happy when something similar happened earlier this month.