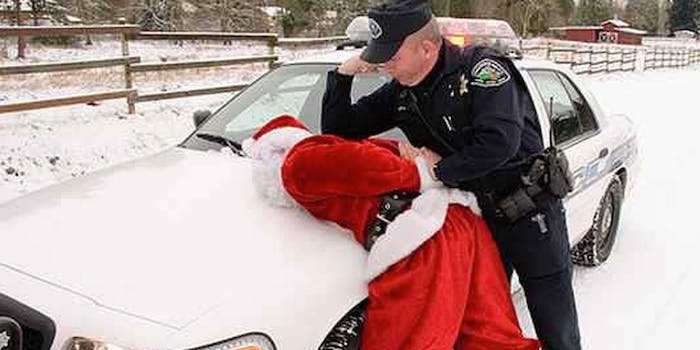 Bad Santa arrested for lewd proposals to a 15-year-old

A youth baseball coach used Craigslist to make lewd and indecent proposals to an underaged teen.

A youth baseball coach who plays Santa Claus during the holiday season was arrested on Thursday for lewd acts and indecent proposals to a 15-year-old girl.

Wiley Gene Davis Jr., 49, works in the Oklahoma City area and also gets paid by schools to play Santa Claus. He was snooping around Craigslist the other day when he came upon a post made by a 15-year-old girl.

Davis allegedly made a series of sexual and lewd proposals in his response, referred to himself as “Santa,” and made arrangements to meet the girl at a convenience store on Thursday night.

He probably thought that it would end up being a little bit like this.

That’s not how it happened, however. Rather, when he got there, Davis learned that the 15-year-old girl was not showing up. In her place stood an investigator with the OSBI Internet Crimes Against Children unit, who promptly made an arrest.

Davis now sits in the Logan County Jail, where it’s quite possible that a few inmates have suggested that Santa climb aboard their lap.