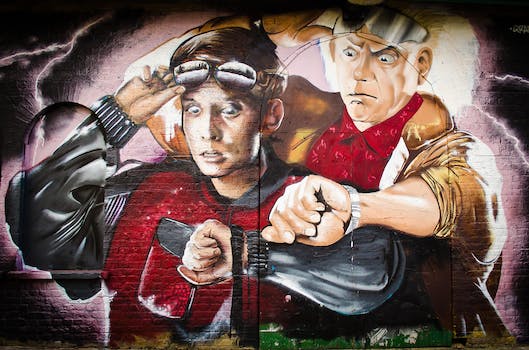 Disappointed that ‘Back to the Future Part II’ promised you a hoverboard in 2015? Get over it

The future isn't quite what Michael J. Fox predicted.

As the ball dropped and people everywhere spread the flu by making out with others they probably shouldn’t have, the new year was upon us. People made resolutions they probably won’t keep and began complaining that the future of 2015 doesn’t look like the one we were promised. Where’s the intergalactic space ballet of 2001: A Space Odyssey? What about the virtual reality worlds of Demolition Man, The Lawnmower Man, or eXistenZ? But one question in particular occupied people’s minds: “Where is my hoverboard?”

As we all know, 1989’s Back to the Future: Part II sent Marty McFly and Doc Emmett Brown traveling to 2015 to help save Marty’s children from being incarcerated (somewhere Sarah Koenig is jumping up and down with excitement). The film is notorious for depicting a whimsical and certain kind of future where Nike shoes have automatic laces, Michael Jackson is still alive, and most importantly, planks of metal float in midair. Since then, Baby Boomers and their progeny have been waiting for their turn to fly.

The real question, though, is do we really need hoverboards? Of course, we don’t need them—just as much as we don’t need the newest Apple phone or iPad—but we want them because we all want to be as cool as Michael J. Fox wearing a life vest. We could be content with the technology already at our disposal, but that wouldn’t be fun. After all, that’s why most people waited in line for months to secure the iPhone 6 Plus even though they already had a perfectly good iPhone 5. Sure, most mobile devices allow you to order an Uber within minutes that can get you from Point A to B, but a hoverboard would surely be cooler (because nothing says I’m cool, I’m wearing a life vest like a plank of hovering metal).

However, the film’s director, Robert Zemeckis, didn’t actually construct the future scenes as a realistic and scientific depiction of what could be. “For me, filming the future scenes of the movie were the least enjoyable of making the whole trilogy, because I don’t really like films that try and predict the future,” Zemeckis said. “So, rather than trying to make a scientifically sound prediction that we were probably going to get wrong anyway, we figured, let’s just make it funny.”

He did admit the filmmakers actually researched what the future might bring. But that doesn’t matter, because in a world where life imitates art imitating life, people want their hoverboards almost as bad as Avery Brooks wants his flying cars. Entertainment has consistently and inaccurately depicted a certain kind of future and created a particular set of expectations that were shattered when that depiction failed to become reality.

In the 1960s, Star Trek depicted the 23rd century as a time and place where money ceased to be a motivating source and the people of the world united as part of one large organization called the United Federation of Planets. Gene Roddenberry, the show’s creator, proclaimed an end to interpersonal conflict. Humans—of all genders and races—worked together with aliens to explore deep space in an attempt to find new worlds and new civilizations. The show’s depiction of the future, featuring communicators resembling now-obsolete flip phones, almost seems comical given how technology has advanced; meanwhile, transporters—a source of energy that “beams” people from one place to another—have yet to actually happen. And we are far from eliminating interpersonal conflict—we are as racially, politically, and socially uneasy as we have ever been.

At a time when the modern dystopia of Minority Report looks increasingly prescient, perhaps there is reason to hope. Much of the technology introduced in Back to the Future: Part II actually exists. The film accurately depicted the rise of ubiquitous cameras, flat-panel televisions mounted on walls, the ability to watch six channels at once, Internet video chat systems, head-mounted displays, and automated fueling systems. The film also correctly depicted a future where video games no longer need hands (the Microsoft Kinect) or traditional controllers, such as the Wii Remote.

In a way, the future presented in Back to the Future: Part II probably had an unintended effect on the future we currently know. For example, Marty’s Nike robot shoes became an in-demand item for fans of the film, and Nike eventually released a similar version in July 2008 called the Air McFly. While the laces were not automated, Tinker Hatfield, a designer for Nike, indicated last year that Nike would introduce shoes with power-lacing technology in 2015. If we can’t have hoverboards, this definitely sounds like the next best thing.

As the New Statesman’s Peter F. Hamilton argues, predicting the future has turned into an entire industry, as companies like Nike strive to make our sci-fi dreams a reality. “Humans gamble constantly, not just on games of chance, but on how the future will turn out in every aspect of society,” Hamilton writes. “We’re fascinated by it. Pollsters have created an entire industry fueling the insatiable need for politicians to produce their next vote-winning policy. It’s no longer good enough for ministers to jump on a bandwagon as it’s passing, they demand to know what trends are developing below the media horizon before they burst into the 24-hour news cycle.”

While we often expect science fiction to play a role in this, sci-fi author Cory Doctorow says that’s not how the genre works. “[T]he really interesting thing is how science fiction does its best tricks: through creating the narrative vocabularies by which futures can be debated, discussed, adopted, or discarded,” Doctorow writes. “The future isn’t pre-ordained. It is contested and contestable. Science fiction isn’t a literature that tells you what will happen tomorrow. It is a literature that tells you how to prevent the bad tomorrows and usher in the good ones.” Thus, science fiction doesn’t predict the future. It helps create it.

While people figure out how to simulate their own hoverboard experiences, the jury is out on whether the technology is attainable or just a flight of fantasy. In August 2008, physicist Michio Kaku predicted in Discovery Channel Magazine that a teleportation device similar to the transporters seen in Star Trek could be viable in about “100 years.” While Michael J. Fox’s future might still seem lightyears away, don’t lose faith. Recent innovations in rocket technology hope to drastically decrease the travel time to Mars, making the seemingly impossible feat of landing on the Red Planet increasingly attainable. If man can walk on another planet, surely we’ll eventually be able to hover over our own.