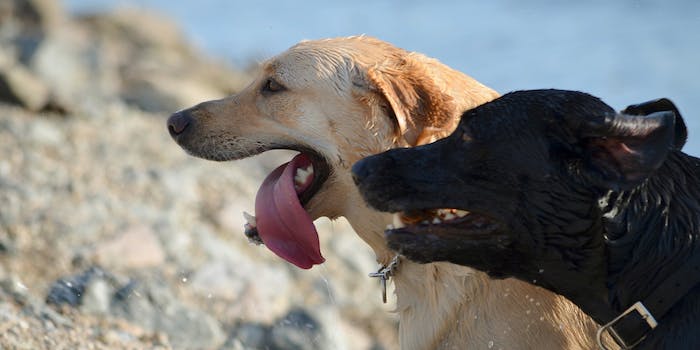 May the best mammal win.

The latest battle in the Canine Howling War saw an unlikely participant.

Larry Woods’ two labradors constantly try to see which of them can howl the loudest. They’ve been doing it so often that Woods’ 5-month-old baby has started howling with them and observing their techniques.

Well, we know who the clear winner of this battle is.

Photo via Eric Sonstroem/Flickr (CC BY 2.0)