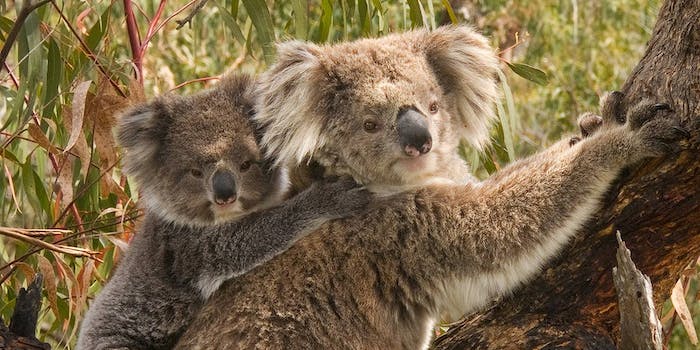 Baby koala giving filmmaker a hug might be peak cuteness

All this tiny koala wants is a hug!

While filming Imogen the baby koala at Symbio Wildlife Park, one cameraman discovered that this particular koala really loves being filmed. In fact, she loves it so much that she abandoned her tree and climbed up the cameraman’s leg for a hug.

If only adult koalas weren’t so dangerous. The babies basically look like living teddy bears, and all they want to do is cuddle—until they grow up to be violent car thieves, that is.

Regardless, filming baby koalas is clearly an awesome job.