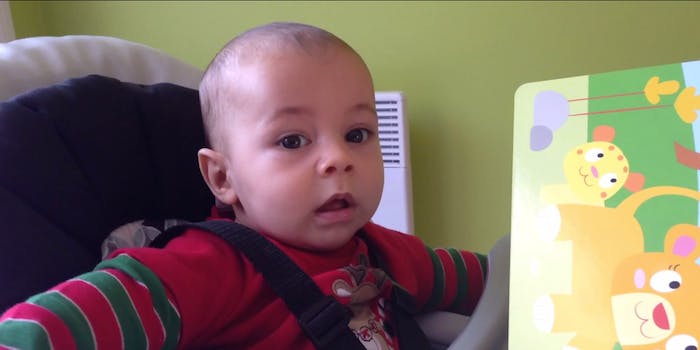 This baby’s reaction to hearing a lion roar is priceless

This kid may be young, but his instincts are already on full alert.

The sound effect comes from a children’s book, and it hits pretty close to the real thing.

This kid may be young, but his instincts are already on full alert.