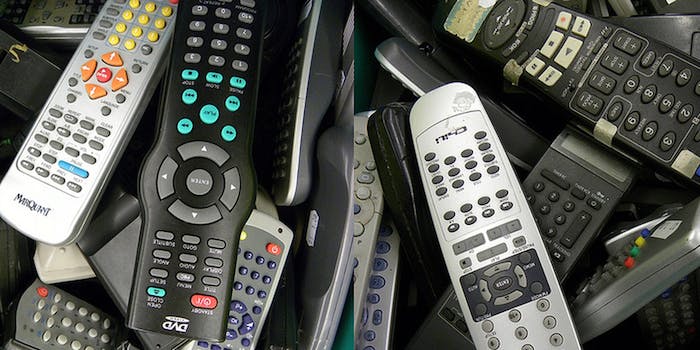 As anyone on the Internet knows by now, it doesn’t take much to impress a baby: A Katy Perry song, solid food, and their own eyebrows all make the grade. But the lowest threshold for amazement belongs to a boy whose mind is blown by the mere appearance of a remote control.

How to describe his reaction to glimpsing this perfectly mundane object? The closest comparison would be astronaut Dave Bowman hurtling through a psychedelic wormhole toward the end of 2001: A Space Odyssey—wide-eyed, open-mouthed, entire nervous system alight.

Just wait till he discovers the actual TV.