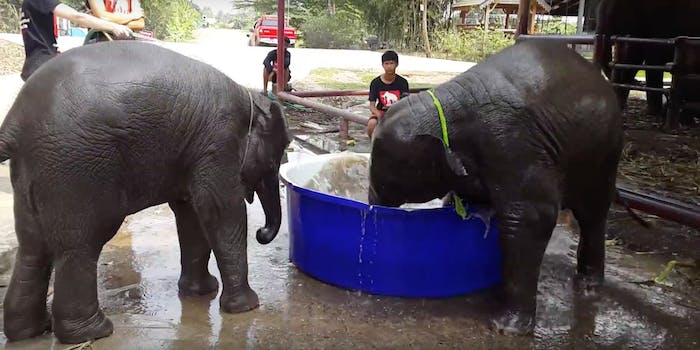 Baby elephants spin around to create a whirlpool in their bathtub

Bathtime is a sacred time for a young elephant, and no human or fellow elephants will get in its way until it’s done.

For these two baby elephants, that means creating a whirlpool within their bathtub water while nearby humans spray more water at them. They may or may not get clean, but you bet they’re going to keep that water spinning.

They’re going to have a great time drying off—if they’re not still dizzy from running in circles.