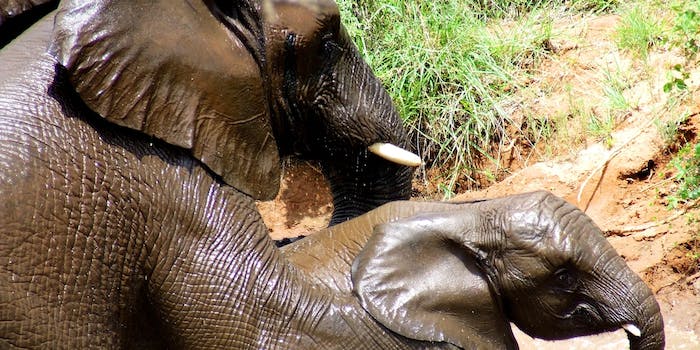 There's no trying to talk reason.

When it comes to bathtime, either you don’t want to go in or you never want to leave—and as one elephant at Zimbabwe’s Hwange National Park demonstrates, there is no middle ground.

The baby elephant is just trying to enjoy itself in the water, and then one of its parents has to ruin everything by making it leave. It’s a reasonable gesture, for sure; they’ve got other things to do.

But then again, maybe not. In cases like this, stubbornness and determination will win out over reason every time. Soak it in.

H/T Nothing To Do With Arbroath | Photo via Werner Bayer/Flickr (CC BY 2.0)