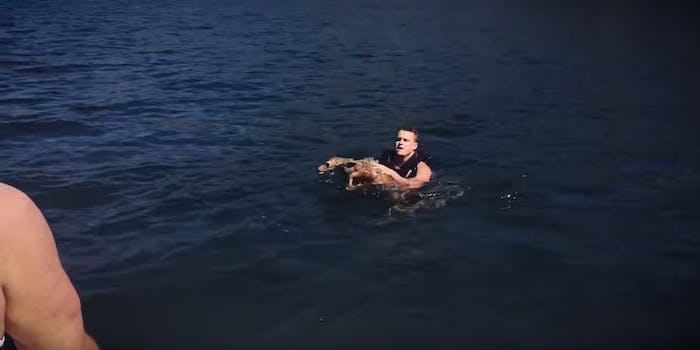 We're fawning over this video.

Even though deer overpopulation is a serious problem, we can’t help but cheer that this baby deer lived.

The little deer was walking through the woods with its family when a hunter’s gunshot sent the animals racing off in all directions. This particular fawn raced into the lake, but after swimming for several miles into deep water, it became too exhausted to keep going.

“The terrified fawn [cried] out for its mother,” the video’s description explains. “Luckily, these boaters were on hand.”

While this is a heartening scene to behold, the video’s description contains this important warning: “Do not attempt something like this. Tampering with wildlife can be very dangerous both for you and the wild animals.”

In this case, at least, it all worked out—especially for the surely terrified but still-breathing baby deer.