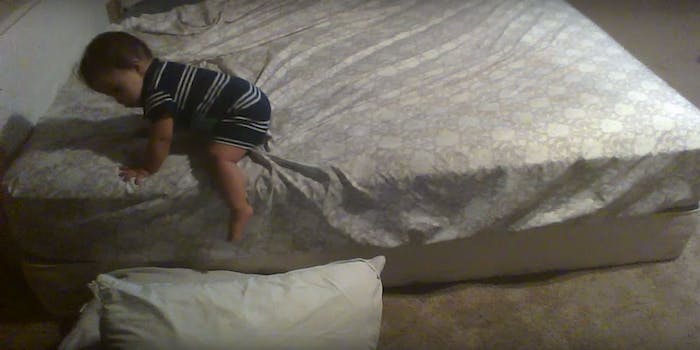 YouTube user Francisco Aguilar caught his young son on camera solving a very serious problem: how to get out of bed.

The kid clearly knows that the bed is way too high to risk jumping off with nothing to break his fall, so he decides to build a pillow tower. Does this count as baby DIY? We’re pretty sure it does.