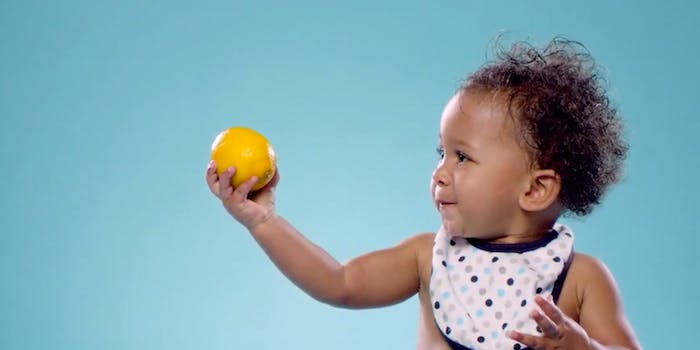 These babies just found out what lemons taste like

Lesson learned: Not everything you put in your mouth is delicious.

Even if your Monday isn’t going well, you’re still probably having a better day than these babies.

Photographers April Maciborka and David Wile decided to follow up their successful “Pucker” still photo series, in which babies react to trying a lemon for the first time, with an equally amusing video.

We already know what’s coming, but the kids’ reactions still get us every time.

The babies obviously have no idea what they’re getting into. Some of them appear to be in that phase where sticking just about anything in their mouths seems like a good idea. At least a lemon is actually food.

Of course, based on their reactions, it seems some of these kids are still skeptical.