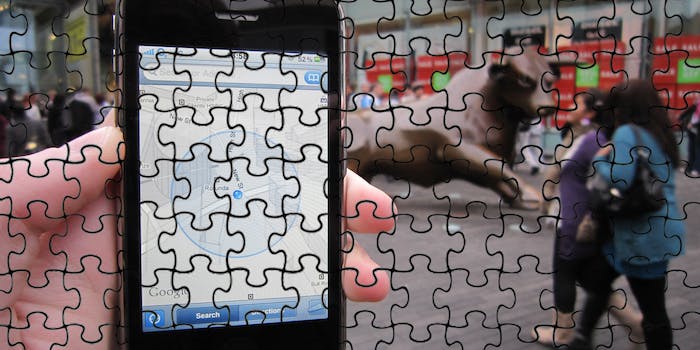 Elopement of children with autism is a human problem, and it demands a human solution.

The story of Avonte Oquendo—the 14-year-old New Yorker with autism who went missing in October and whose remains were discovered this month along the East River—sent a strong chill of utter despair down the backs of every parent, but especially those with children with similar disorders.

This week, New York Sen. Chuck Schumer—with Avonte’s mother Vanessa Fontaine and the autism awareness group Autism Speaks—introduced a bill that hopes to solve the problem of “wandering” autistic children. Similar to an existing program for Alzheimer’s patients, the bill would include $10 million to provide interested families a wearable GPS device to track their children. Schumer promoted the program as “a high-tech solution to an age-old problem.”

Autism spectrum disorders, the common yet little-understood diagnoses, can create a wide array of issues for both children and caregivers. They range from high-functioning disorders like Asperger Syndrome (a diagnosis recently reclassified under the more general autism spectrum umbrella) to cases like Avonte’s in which the child develops little to no verbal communication skills. According to a study by the Journal of the American Academy of Pediatrics, wandering, or “elopement,” appears in 49% of cases, causing massive problems for children and caregivers alike. Nonverbal children are especially hard to locate, considering they are far less likely to respond when approached by a stranger (the NYPD resorted to blaring the voice of Avonte’s mother through truck-mounted speakers).

But is strapping wearable tech on to children with disabilities the best solution to this problem?

“Avonte’s Law,” if passed, could certainly help many families find their missing children, and I in no way am against the bill. But, just like with any technological panacea, reliance upon GPS devices can often weaken the more basic preventative measures that can keep children like Avonte safe. Increased school security, for one, could have helped prevent Avonte’s disappearance. Increased awareness in the general public—not of his case but even just of his disorder and how it affected him—could have kept Avonte safe. GPS devices can break, be lost or damaged, or even bug out and report false positives. And as anyone with a Garmin can tell you, GPS technology works just fine around cities but can be quite useless in rural areas. As much as GPS could help the parents of missing children, the goal should be to prevent them from going missing in the first place.

This a human issue that deserves human solutions.

When Schumer announced the bill at a press conference Monday, Autism Speaks Executive Vice President Michael Rosen stood next to him in favor of the bill. To say Autism Speaks represents the autistic community is akin to saying the Westboro Baptist Church represents the Christian community. The group treats autism as a disease literally comparable to cancer and AIDS. It consistently leaves autistic individuals out of the debate about their treatment and, as recently as 2009, still distributed funding to the long-debunked fringe claim that vaccines have anything to do with autism. Instead of embracing the therapeutic ideal that people with autism are individuals (a school of thought called “neurodiversity”) deserving of respect, Autism Speaks would prefer to raise funds off the idea that autism can one day be cured rather than embrace the difference.

So it’s rather fitting that Rosen stood on the dais as he and Sen. Schumer used the tragedy of Avonte Oquendo—as well as the image of his grieving family—to put a Band-Aid on a gash. Tracking autistic children like so many cattle fits in rather neatly with Autism Speaks tradition of scaring families and donors into believing these children are unrepentant life-ruiners with little empathy or independent feelings.

The aforementioned study of wandering autistic children makes no mention of GPS tracking as a solution. Instead, it suggests caregivers have an “urgent need to develop interventions to reduce the risk of elopement, to support families coping with this issue, and to train child care professionals, educators, and first responders who are often involved when elopements occur.” Avonte’s Law, if passed, would only perpetuate the stigma that autistic children are uncontrollable, unknowable beasts, and all children—autistic or not—deserve far better.