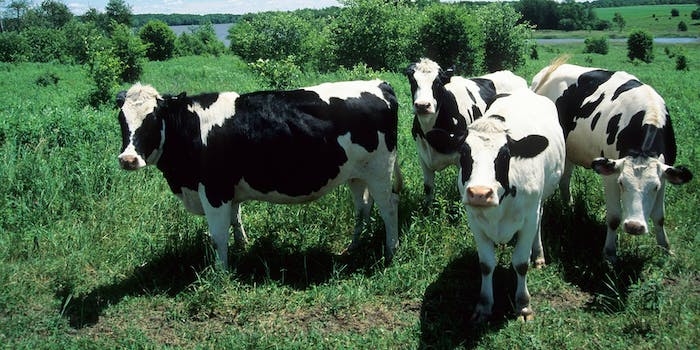 Someone autotuned cows’ mooing, because that’s a normal thing to do

Does autotune make mooing cows sound like delightful music? We'll give you one guess.

Autotune gets a lot of flak. Take any sound, add some autotune, and you’ve got yourself a chart-ready song. Autotune The News showed us that. But does this work if the noises aren’t even human?

YouTube user Bla Monk decided to test this out with some clips of cows mooing, and as it turns out…yes, autotuned cows do indeed sound passably similar to actual (terrible) music.

This is beautiful, in that weird, revelatory, profoundly odd sort of way.

Photo via Wisconsin Department of Natural Resources/Flickr (CC BY 2.0)