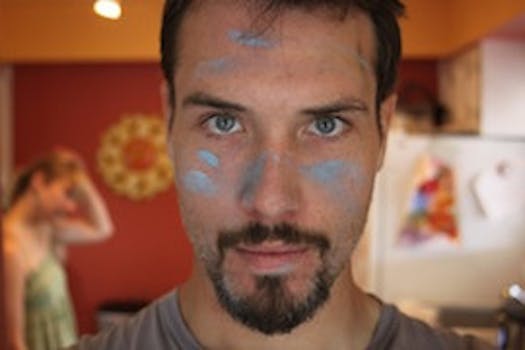 This author wants you to trash his books on Amazon

Critically acclaimed author Brian Allen Carr is holding a contest to see who can write the best (worst?) one-star review of his work on Amazon.com.

The saying that “any press is better than no press at all” has proved true for many struggling authors trying to launch their careers; but one author is aiming for stardom direct from the gutter.

Brian Allen Carr, a literary writer known for his “dusty, masculine” short stories and his moving non-fiction tribute to his brother, “What Music?“, is so fond of one particular one-star Amazon review for his compendium Short Bus that he’s holding a contest to see who can trash his book the best. Or the worst.

The New York Daily News reports the author is taking the piss out of himself in a tongue-in-cheek contest that’s so far brought the average rating of his book on Amazon down to a whopping 2.5 stars. not bad considering that prior to the contest, and Carr’s lone one-star curmudgeon, he had only 5-starred reviews.

So is his writing worth the hype and/or the hate?  Let’s do a little experiment.

1) “A fetus with a mustache? That’s symbolism, right? To show they are people.”

2) “Even when you’re eighteen you’ll have a hard time getting laid. Girls at school will not want to put your testicles in their mouth. They will not give you their underwear, because you won’t be famous.”

3) “He’s a slimy bubble of lard, with the heavy-pepper reek of obesity mayonnaise.”

6) “…a masturbatory ode to self: self-involved, self-as-place, self-serving.”

7) “Some things removed will follow you back in glistening trails…”

So how’d you do? If you proved savvy at spotting the good from the bad, and care to try your own hand at writing a one-star review, Carr has promised that the winner of the contest will receive copies of each of his three critically acclaimed works of fiction, including his latest, Edie and the Low-Hung Hands.

Is it free publicity or a gimmick destined to tarnish Carr’s writing forever?  Given that Carr is the kind of writer who likes to sass his elders, it’s hard not to view this as the first in a series of elaborate name-building strategies. Hopefully ones with lots of expletives.

After all, we should expect nothing less from a “mentally itinerant peddler of pseudo-fictions.”