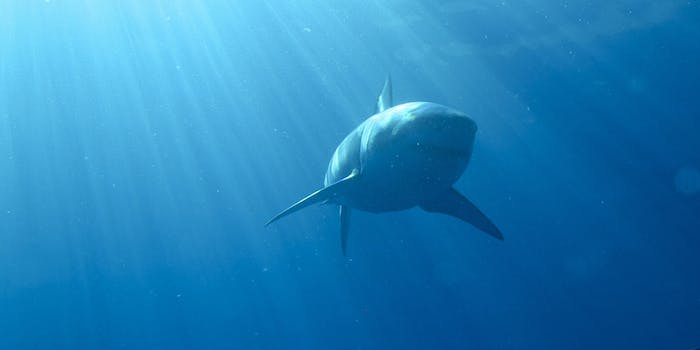 Now this would be interesting to see on the road.

Imagine you’re driving along in a city—let’s say Perth, Australia—and you see a car with a dead shark tied to it.

As you point your smartphone at the car, you are no doubt asking yourself many unanswerable questions, such as, “Why would a person do this,” “Who is this person,” and “What are they going to do with the shark now?”

Well, such an incident actually happened in Perth (Safety Bay, to be exact), when someone passed alongside a car with a tiger shark tied to the front and recorded a video.

The story goes that a great grandfather in his seventies caught the shark while he was on his boat and that the animal was already dead by the time he landed it. There were divers nearby, and the man was worried that the carcass would attract more sharks. He first tried to lift the shark into his boat, but it was too heavy; eventually, he simply tied it to front of his car.

The elderly fisherman might run afoul of the Department of Fisheries for attaching a dead tiger shark to his car. He might also get in trouble for ignoring the rule that any shark caught in Perth or the South West must be smaller than 70 centimeters (26 inches) from the front of the dorsal fin on the top of the shark to the back of the smaller rear dorsal fin.

H/T The West Australian | Photo via elevy/Flickr (CC BY 2.0)