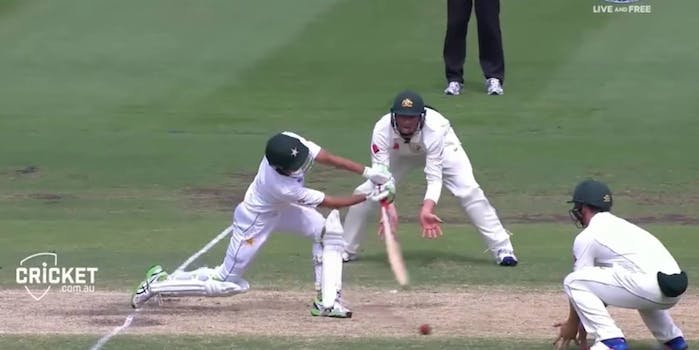 Cricket player takes a devastating shot to the nuts

This is just before it happened.

Baseball players constantly have to be on the lookout for a groundball that can take a bad hop and crush them in the nuts. But they don’t have to worry about standing 5 feet away from a dude who could bash their balls before they had time to react at all.

And that brings us to the tale of Australian cricketer Hilton Cartwright, who suffered through the kind of trauma that all men fear: Getting your testicles trounced by a fast-moving object.

Watch his reaction, study it from all conceivable angles, and listen to the commentators who sympathize with the man writhing on the ground but end up mocking him anyway (which, to be fair, is the appropriate response in this situation as long as your cojones aren’t the ones being uncomfortably compressed).