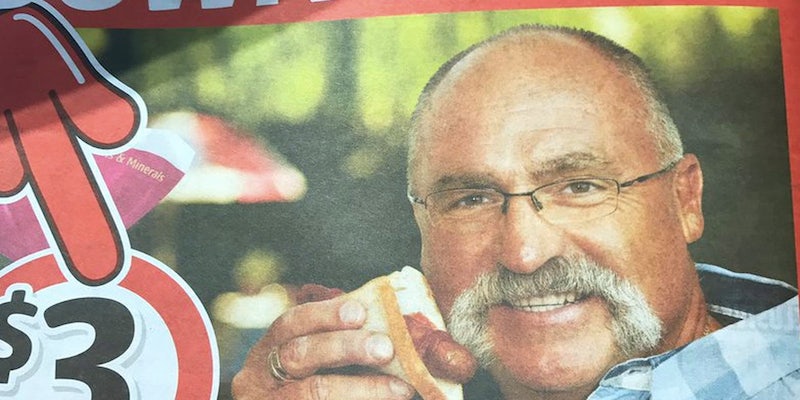 Store brands sausage sandwich an Aussie Taco, and everyone is losing it

The debate is tearing the Land Down Under apart.

This article contains content that maybe unsuitable for work.

What do you call a piece of white bread folded on the diagonal with a sausage stuffed in the middle? If you’re an average American, you’d probably call it a sorry attempt at a snack.

In Australia, where bongdoddles and trophoppers are things, it’s called a “snag in bread.”

But one store is trying to change that. Not by naming it something more normal like “a sandwich.” No. Coles is attempting to rebrand it as the “Aussie Taco.”

Whoah whoah whoah… When did Australia agree on calling a snag in bread an "Aussie Taco".

What the heck is that dude thinking? Even I know that’s a snag in bread. Let’s just say, Australians were not happy with the concept.

I don't know about you guys, but I've never heard a sausage on bread referred to as a 'great Aussie taco' @Coles #aussieED

Nor have I Marco.

#australiantaco is not a thing @Coles

Personally, I think an Australian taco would need to involve some sort of kangaroo meat nestled in between two halves of an Aussie Rules Football game, but that’s just me.

Coles, for its part, did not do any research before the rebrand. The Australian Taco already exists on Urban Dictionary, and it is… well, perhaps more foul than anything on that site, which is saying something.

You can read it here, or a heavily redacted version below.

“When two Australian men and one Australian woman with [a sexually transmitted disease that results in discharge] come together and use her [posterior] as the taco shell and she [farts but not from the butt] her [discharge] into the taco making the lettuce and then one of the men takes a [bowel movement] in her [rear] making the taco meat and then for the cheese the men will [urinate on everything] and as it’s all sliding out they both jump in to eat.”

Man, what the hell? I wish I had never been born. Also, I bet that guy who posed for the ad is gonna be really heated if he ever reads about that.

Anyway, I think we can all agree it is better off staying as a snag in bread.