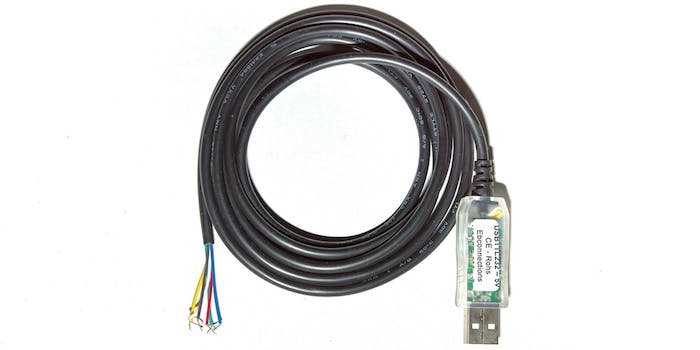 While you were busy fretting over Comcast and Time Warner, AT&T was doing some dealing of its own.

On Friday, Comcast and Time Warner Cable finally gave in and killed their proposed merger, but while the public wasn’t looking, AT&T has been working up a merger proposal of its own. Should the company succeed in an acquisition of DirecTV, it will change the face of the television market forever, and it’s going to indirectly affect the Internet, too. Telecommunications mergers like these could sound the Internet’s death knell if the FCC doesn’t act against them or institute strict conditions—and enforce them.

It will change the face of the television market forever.

The AT&T deal has been in the works for several months, but the firm just issued a fire sale on bonds to pay for the proposed merger, which the company is hoping to complete before the end of 2015. After selling $17.5 million in bonds, the company is fervently hoping for regulatory approval, and all the signs point to a “yes” from the FCC—but the agency might want to think again.

Opposing the Comcast/Time Warner Cable merger was almost a no-brainer. The two cable providers are nearly universally reviled in the United States, ranking along with Centurylink and AT&T among the most-hated companies in America.

Allowing the two companies to coalesce into one giant telecom axis of evil could have amounted to a disaster, especially since the result would have been a formidable cable monopoly that would have crushed competition across the nation. Had the merger gone through, Comcast/TWC would have controlled 40 percent of the broadband market in the United States—and benefited from duopolies with Verizon and our old friend AT&T in many other markets.

Confronting the AT&T merger, however, is slightly more complicated. Setting aside the nation’s dislike of the telecommunications provider, the connection between television services and the future of the Internet might not seem obvious.

The problem lies in AT&T’s broadband services, which are notoriously poor. The company hasn’t heavily invested in maintaining broadband infrastructure, and it’s failed to live up to promises to extend services to rural America, where Internet access options are still highly limited. The merger doesn’t come with an incentive to address the problem and would only cement AT&T’s power over small markets.

On the television front alone, the potential deal is a little frightening. “AT&T, which controls only about five percent of the pay-TV market now,” reports Christopher Zara at the International Business Times, “would gain control of 25 percent of the market after the merger.”

That’s of substantial concern when many Americans are clinging to television service even with the rise of cord-cutting—and, notably, a market share of that size would inevitably result in monopolies in some areas, as well as duopolies with other television providers, which is exactly what the FCC is supposed to prevent.

Opposing the Comcast/Time Warner Cable merger was almost a no-brainer.

Should the AT&T/DirecTV merger go through, the companies will likely attract subscribers who prefer to run all their services through a single provider, a practice known as bundling. Defending increased regulation at Reuters, Felix Salmon wrote: “If you’re a cable-TV subscriber, the cost of upgrading to a double-play package of cable TV and broadband is actually very low; what’s more, there’s a certain amount of convenience involved in just dealing with one company for both services.”

In this case, it’s satellite TV and broadband, but the effect would be very similar, as AT&T would be able to offer more bundling packages and, thus, pick up more market share, without actually having to put energy into improving the quality of its products.

A Comcast/TWC merger would have limited television and broadband competition—but so will the planned AT&T merger, despite the company’s claims. Commenting on AT&T’s filing, Karl Bode at TechDirt notes: “AT&T has a long history of using phantom broadband expansion as a carrot on a stick for regulators, then failing to follow through.“

Limiting the number of telecommunications providers in a given region inevitably makes a market less competitive, which destroys competition by making barriers to entry too high to overcome. In addition, any company with a stranglehold on a given market has nearly no reason to expand its services, as AT&T has promised.

Bode also points out: “AT&T’s inevitable competitive-hamstringing of the traditionally more price disruptive DirecTV is troubling. It’s here I’ll remind folks that AT&T’s attempt to nab T-Mobile was blocked, and the result was undeniably a more competitive wireless marketplace than before.” In other words, if retaining competition is the goal, the FCC should be opposing the deal on the basis of what it represents and past experience with similar merger proposals.

One solution to the local monopoly problem is what’s known as local loop unbundling, a system in use across Europe. It allows a telecommunications company to run services through infrastructure installed and maintained by a local exchange. For example, Joe’s Local ISP could provide DSL through lines maintained by AT&T.

The merger would only cement AT&T’s power over small markets.

While local telephone companies vigorously oppose local loop unbundling, it’s the only way to provide a clear path to industry competition, as small firms can’t afford to invest in the installation of new infrastructure while also keeping rates low enough to appeal to customers.

Think of it as expecting trucking companies to build their own roads before being able to operate in a given region. If instead they use existing roads—the local exchange—while paying for the privilege, they can offer fair and competitive pricing to customers. With multiple options to choose from, telecommunications customers can weigh price, customer service quality, available services, and other characteristics when deciding how to spend their money. Consumer choice results in better services overall.

John Cassidy sums up the case for loop unbundling at the New Yorker:

The majority of Americans, however, seem keen to retain a traditional bundle of content and services, with broadcast television at its core. To prevent the cable and telephone giants from gouging these consumers, the best option may be to force monopoly (or duopoly) incumbents to open up their networks to competitors at cost, or near to cost. These new entrants can then offer alternative content packages, with different (and hopefully cheaper) pricing options.

Increasing competition also creates a clear incentive to improve quality. Without competition, television and Internet providers have no reason to focus on providing excellent customer service, let alone upgrading infrastructure and addressing connectivity problems. America’s Internet is already slow and extremely expensive, and these problems will compound with mergers that give telecom firms strangleholds on regional broadband. Why upgrade connection speeds when your customers have no one else to turn to?

The FCC must be decisive about evaluating mergers like these carefully. At Ars Technica, Jon Brodkin suggests: “Merger conditions could include expanding high-speed broadband access in rural areas, price guarantees for broadband-only customers, and commitments to treat online video providers fairly.”

He may be correct, but that’s only half the picture. If the FCC isn’t willing to enforce these conditions, they’re effectively meaningless, and AT&T is likely to count on lax enforcement. It would certainly fit with past experience, after all.

Reports indicate the FCC is likely to sign off on the merger based on the filings from AT&T and internal debate, but it might not be a wise move. As the Internet becomes ubiquitous—and critical—this is the issue of the day, and it’s much bigger than net neutrality. Telecom mergers like these will destroy the Internet, given the opportunity, because they’re about bottom-line profits, not about providing the best services at a competitive price.

Meanwhile, TWC is back on the table again in a proposed deal with Charter Communications, Inc. The flood of merger proposals won’t stop until the FCC takes a decided stance on protecting competition and a fair market in the world of television and broadband services—and that requires bucking intense pressure from lobbyists, lawmakers protecting their donor interests, and concerted campaigns from telecoms.