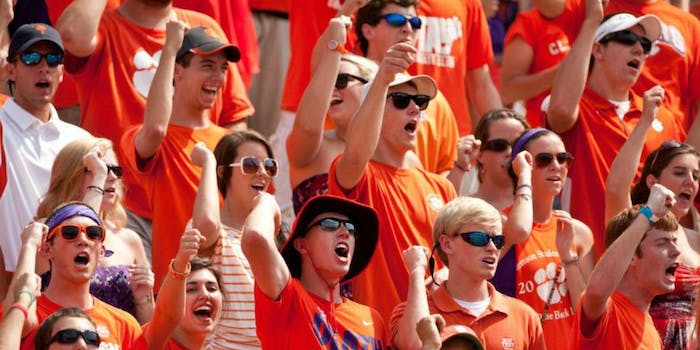 Well, it is ACC football.

Creating the media guide for an entire conference of college football teams must be a monumental endeavor.

All those records and stats and teams and players—the entire process is the epitome of tedium. If one needs to break up the day and blow off some steam, it’s hard to argue with that decision. But as always, if you’re going to write something that you might not ever want people to see, you probably shouldn’t write it at all. Even if you have every intention of eventually erasing whatever naughty phrase is in your head.

Which brings us to the 2015 Atlantic Coast Conference football media guide, in which this elegant trio of words was discovered (appropriately, it appeared directly after Wake Forest’s 2014 results). 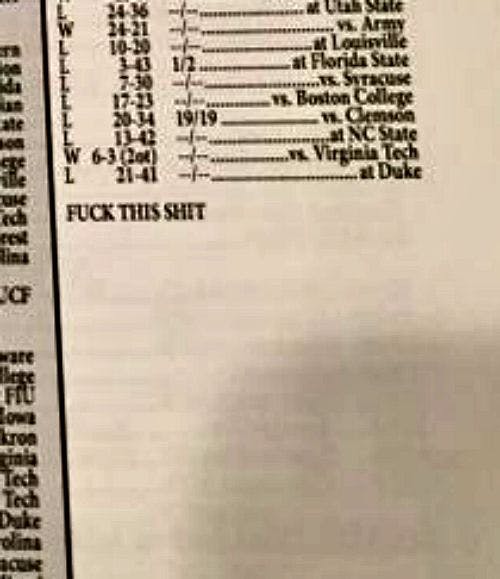 Naturally, the ACC wasn’t particularly happy about the message.

“We sincerely apologize for the offensive error in the media guide,” the conference said in a statement. “It has been appropriately updated.”

You can delete it online, but the memories of “FUCK THIS SHIT” will live on forever. As we’re forced to wait another month or so for the beginning of football season, give thanks to the ACC. For one day at least, the conference gave us a hearty laugh.