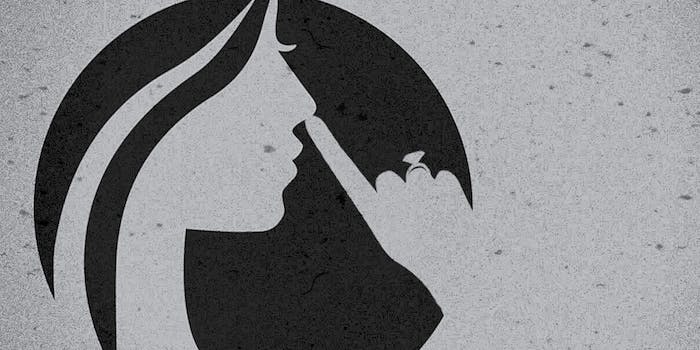 Why Ashley Madison will win in court

A 'read the fine print' argument will trump common sense.

Not only did Ashley Madison enable those who cheat—it also cheated customers out of money. That’s what one man is alleging in a lawsuit against the now-disgraced website, exposed for misrepresenting its services after hacktivists infiltrated the site and unearthed the clandestine behaviors of Ashley Madison’s users and company leadership. As Josh Katzowitz notes at the Daily Dot, TMZ reported that a man named David Poyet filed suit against Avid Life Media, the parent company of Ashley Madison.

But Poyet filed the lawsuit “not because [he] was exposed or because his data was ultimately left unsecure,” Katzowitz writes, it’s because the site “allegedly misrepresented how many women were enrolled… meaning Poyet had a smaller chance to score than he had originally thought.” Everything about Ashley Madison, if Poyet is to be believed, was premised on a lie—and so customers like him are owed redress.

As much as consumer advocates may rally behind someone like Poyet—who claims he didn’t get what he paid for—he may not stand a chance in court. Sites like Ashley Madison have been long allowed by an inept legal system to misrepresent their services, so long as their (obscure) terms of service cover the bases and thwart any liability.

And that means everyday people, like Poyet and others who use online dating and hookup apps, will continue getting robbed with impunity—these sites have no problem deciding to take the money and run.

The odds are against Poyet winning the $5 million dollar judgment he’s seeking for damages. As he cites in the court complaint, Ashley Madison’s consumer marketing information led him to believe 30 percent of the site’s roughly 5.5 million users were women when it was more like 15 percent, a considerably lower ratio. Poyet’s suit claims that Ashley Madison only had 12,000 active female users on the site.

“Use our service at your own risk.”

But as Tech Times reported shortly after the hack, Ashley Madison claims it warned its users that they were flirting with so-called Internet fembots.

Even further, as Calpito highlighted, “The fembots were created, according to Ashley Madison, to allow the ‘Guests’ to experience the type of communications they wish to obtain from the site.” And Ashley Madison maintains that users should’ve read the fine print. Resistance is futile.

But that’s not where the story ends regarding the smoke and mirrors from Ashley Madison and parent company Avid Life Media. As CNN reported in July, the terms of service also indicate that if the company goes bankrupt, it can sell user data at no penalty or legal liability. They also make no clear promise that data won’t be shared with third parties, and any data loss means the site is off the hook.

In other words: “Use our service at your own risk.”

Of course, most online users don’t pay for dating and hookup app memberships thinking they’ll need to consult a lawyer to review the fine print before agreeing to a business transaction. However, as the saying goes, caveat emptor—let the buyer beware.

It’s not all on the customer, though, as companies in the digital age can adopt good-faith business practices, be honest about what they’ll provide, and take responsibility for protecting their customers, so that issues such as a glaring vulnerability to ad-hoc hacktivists and integrating robots need not happen in the first place.

At best users should reasonably expect to get what they pay for. If this were a matter of buying a car, most states have “lemon laws” to protect their citizens’ financial investments (because any business transaction is indeed and most times is an investment), and to force dealers to only sell good cars off the lot, or else be held under severe penalties for pushing faulty automotives to customers.

But given that much of the online world of apps is still a Wild West—with legal structures still in development to regulate privacy and the flow of commerce on the Internet—sites like Ashley Madison apparently get away with murder.

In fairness Ashley Madison and Avid Life Media aren’t the only sites to face legal challenges with “fake profile” claims. As the Frisky’s Dennis Hong wrote in 2013, Match.com faced a number of lawsuits alleging that most of the site’s users were inactive and that, thus, Match misrepresented its product and services to customers.

However, the site won in court multiple times—as reports from the New York Post, Chicago Tribune, and other analysis of each of the courts’ rulings detail—as it was found that Match discloses in its terms of service that it doesn’t screen profiles and isn’t responsible for doing so. “[E]ven if the allegations are absolutely correct that most of their profiles are inactive or fake,” Hong wrote, “Match is not obligated in any way to remove them.”

Based on the legal track record for dating and hookup sites, it looks like the latest big Ashley Madison hack-related lawsuit—and others that complain about the site’s misaligned services—is just a procedural hassle that will fail miserably. Even though it shouldn’t; and online customers deserve better from the justice system and the tech companies the courts allow to get away with murder.